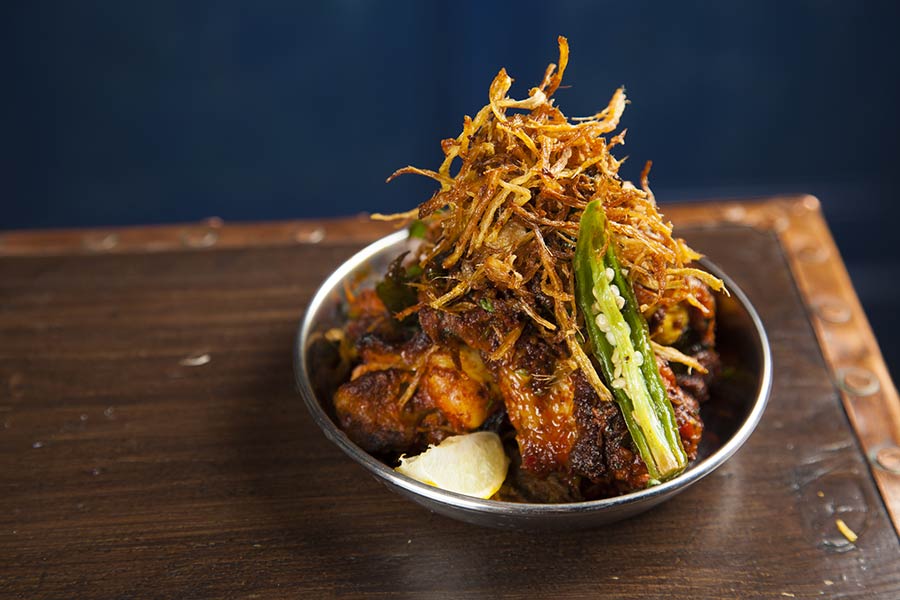 If you've ever fancied a late-night snack in Soho, then DUM Biryani may well be the place to go. They're launching The Blind Tiger (a nickname given to speakeasies in the 20s) that'll be dishing out food until midnight.

That food will be small plates and snacks (based on Andhra Pradesh and Telangana cuisine) including Pumpkin Papdi Chaat, a selection of crisp flatbreads with masala pumpkin, yoghurt and chutney and, pictured above, hot and sour Kodi Vepudu Wings with crispy ginger (last food orders will be 11.30).

And their cocktail menu will also get a few new additions - including:

Those are alongside their usual concoctions too, of course, and all backed up by Dhruv Mittal's hip-hop playlist.

More about The Blind Tiger

When does it run? From 16 August, every Friday and Saturday until late September, 10pm - midnight