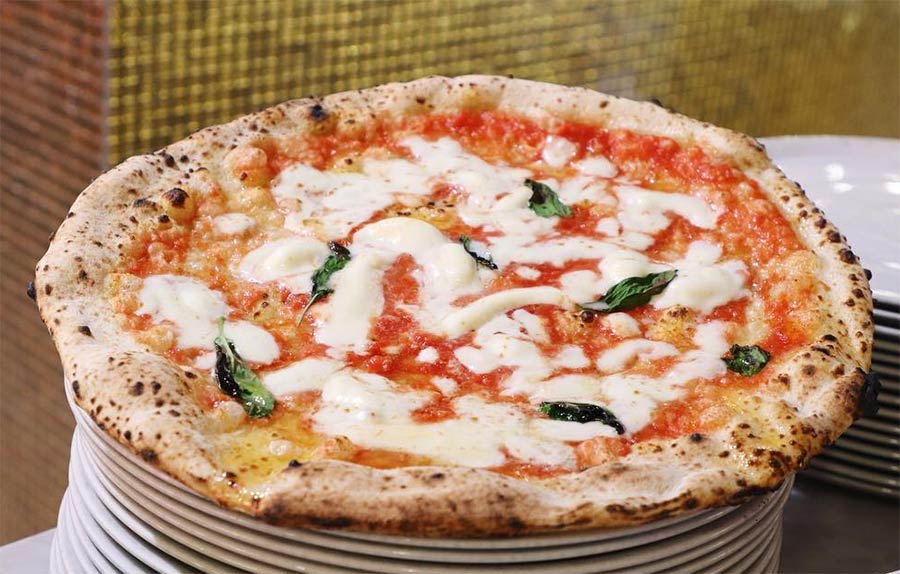 In a nutshell: Top Neapolitan pizza in Soho

Summing it all up: L'Antica Pizzeria Da Michele are opening their second London restaurant in Soho - and you can expect the same huge (and hugely popular) Neapolitan pizzas from the original. Plus fried pizzas if carbs just aren't enough...

As spotted by the eagle-eyed Rambla's Victor Garvey, the hugely popular Neapolitan L'Antica Pizzeria Da Michele is about to get a second site in London. They're taking over one of the Patisserie Valerie cafes (which has gone through some turbulent times of late) on Old Compton Street. That was the last of their outposts in Soho, where they first started out on Frith Street in 1926.

The new Pizzeria will be serving up the same pizzas that you can currently find in Marylebone (there was one in Stoke Newington, but that changed after a legal battle over the name). There will be huge Neapolitan pizzas, with the plain Marinara and Margheritas being the main events. Here's what else is on the menu:

We'll update as soon as we know more. In the meantime, check out the Best Pizzas in London.