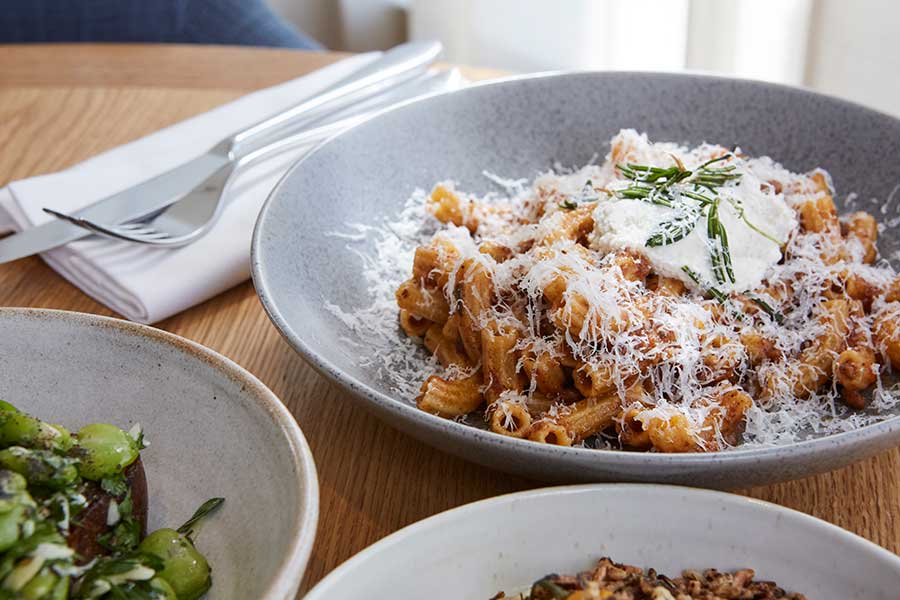 It's all change at Selfridges where their second floor spot, The Corner Restaurant, now has a new NYC chef running the show. Grant Clark, who comes here via The Breslin where he worked with April Bloomfield and the East Village classic, Hearth, has taken over as Head Chef.

Tucked into one corner of the store's Oxford Street building (you enter via the Women’s Designer Galleries) the restaurant's new menu covers all the key elements of a modern London restaurant - it's seasonal, sustainable, features small plates and more as well as roaming the British Isles in search of super produce.

In practice that means chef Grant is using bread from Coombeshead Bakery, meat from Henson and Son, the fruit and veg comes from Natoora and the cheese is from Neals Yard.

If you just want to pop in and have a snack or small plate, you could order crispy arancini with tomato sauce; roasted Aubergine Puree, topped with Crispy Puffed Wild Rice and Roasted Tomatoes or maybe Fava Bruschetta (made using Coombeshead sourdough, topped with fresh broad beans and grated young pecorino).

While desserts are also rather enticing

More about The Corner Restaurant

When? Open now, but officially open from 5 August 2019