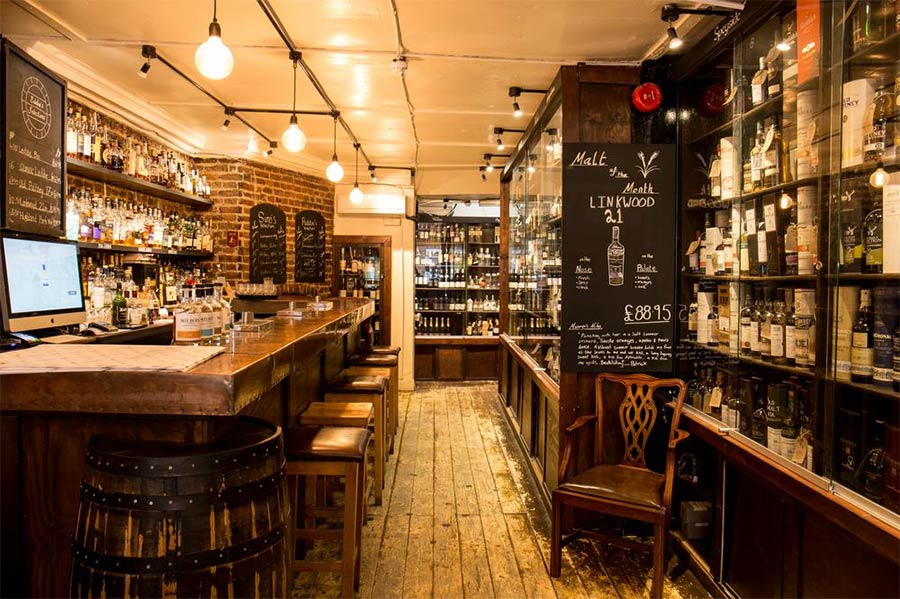 In a nutshell: A second site for London’s oldest whisky specialist

Summing it all up: Milroy’s have taken over a Spitalfields townhouse, offering four floors of whisky and cocktails.

Originally opened in 1964 and relaunched under its current owners in 2016, Milroy’s in Soho (pictured above)has long been the place to go for whisky lovers, with London’s largest collection of bottles and a secret cocktail bar called The Vault. Now the team are expanding, opening what sounds like an absolute whisky palace in a Spitalfields townhouse this September.

Set across four floors (it's where Madame D used to be), the new high-end venue will offer a whisky bar, a cocktail bar, a tasting room and an exclusive private members club with a cigar terrace. The basement will host The Proofing Room, a new cocktail bar in a similar vein to The Vault in Soho, offering classic cocktails as well as some seasonal mixes.

Moving up to the ground floor there’s going to be a whisky bar featuring 1000 different bottles from all around the world – Scotland, Japan, South Africa, Australia, they’re going to have it all. If that sounds somewhat overwhelming, there will be plenty of staff on hand to do guided tastings and help people through the vast collection

The first floor will have a private members club The Dram House, open to loyal customers and aficionados apparently, while at the top will be a tasting room and cigar terrace featuring rare Scotch whiskies and exclusive Cuban cigars.

Where is it? 76 Commercial Street, London E1 6LY