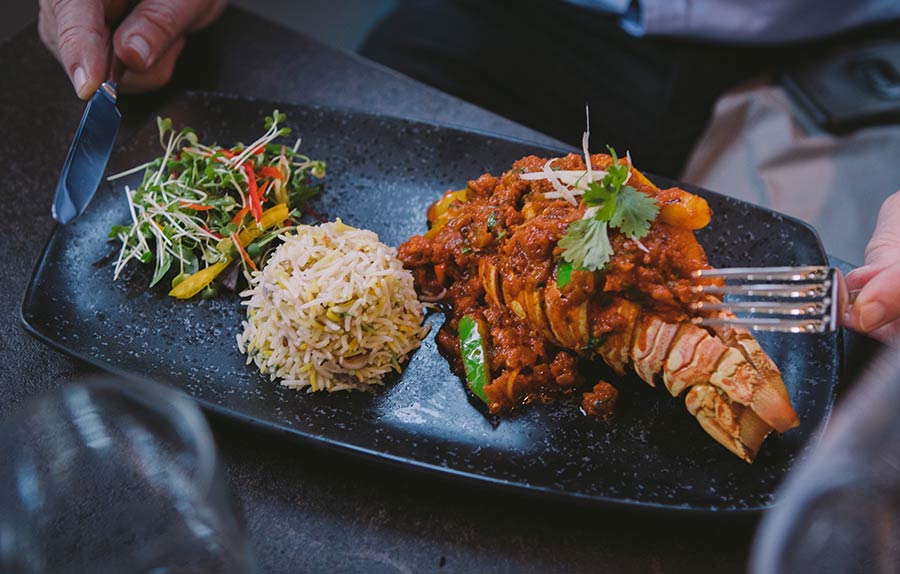 In a nutshell: Indian in Twickenham via the Alps

Summing it all up: Tsaretta Spice is the second location for this Indian restaurant after it started first in Meribel.

London is used to welcoming US imports and big-name chefs from around the world but a high-end Indian restaurant that’s just arrived in Twickenham via an original site in the French Alps is a new one on us. Tsaretta Spice, which just launched in the riverside quarter of Twickenham two weeks ago, is its second location, having originally opened in the ski town of Meribel back in 2016.

The head chef is Yousuf Mohammed, who grew up in Hyderabad, and has also worked at some of London’s best Indian restaurants including Dishoom and Tamarind. At lunchtime and during the afternoon there’ll be some ‘Indian Tapas’ on offer including Tellicherry Pepper Fried Squid with chilli flakes, lemon zest and fennel and curry mayo; and 'Anarkali Tikki', spiced beetroot, quinoa seeds, and panko crumbs.

Then in the evening, the full a la carte menu kicks in:

If you live in the area or you’re heading to Twickenham for the rugby or a gig it sounds worth checking out. if you’re lucky with the weather, the restaurant even has an outdoor courtyard.

Where is it? 55 Church Street, Twickenham, TW1 3NR