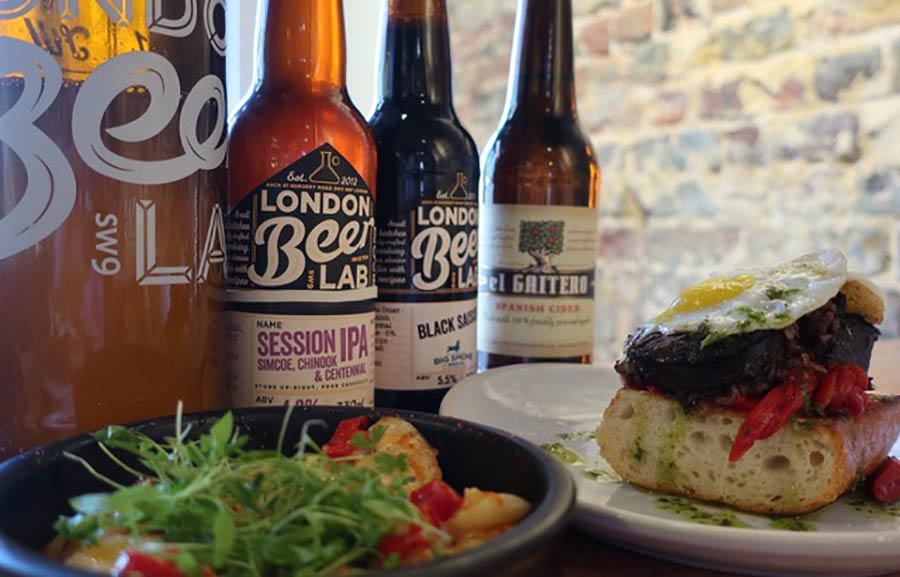 What: Taps and Tapas

In a nutshell: Beer and tapas pairings in Tooting Bec

Summing it all up: This is a joint venture between The Tapas Room and London Beer Lab, offering ‘pub-style’ tapas, beers, and more.

The Tapas Room, which has restaurants in Tooting Broadway and Deptford and is the sister to Donostia Social Club, is teaming up with the London Beer Lab for a new project called Taps and Tapas.

Opening in Tooting Bec in August, the opening will be an equal partnership where London Beer Lab are clearly taking control of the Taps part of the equation and The Tapas Room the food. The beers will be taken from London Beer Lab’s own range as well as seasonal specials and guest brewers on offer. There will also be wine, sherry, vermouth and gin, and the team will be offering tasting flights and pairing suggestions to go alongside the food.

On the tapas front, it's going to be ‘pub-style’ apparently and this will translate to a menu that includes:

More about Taps and Tapas

Find out more: Visit the websites for The Tapas Room or London Beer Lab find them on Instagram @tapsandtapasldn.