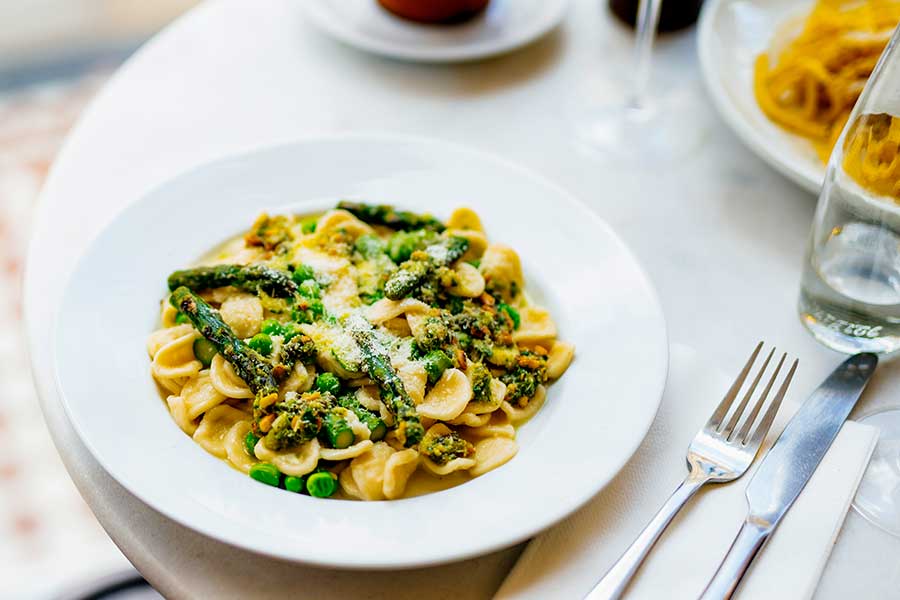 In a nutshell: Mayfair pasta joint

Summing it all up: No more wandering around Mayfair looking for somewhere that won't break the budget to eat at - this Roman-style pasta spot is promising fresh pasta at a less punchy price.

London's Mayfair isn't usually the place you'd head for if you were after a budget lunch or dinner, but a new pasta place which opened rather quietly a few weeks back, aims to change that.

Stampa has taken over the old Mayfair Pasta & Sandwich site, turning it into a Roman style pasta bar. The team involved are also behind the street's pub & wine bar The Running Horse.

They've turned the old greasy spoon into a retro Italian diner - inspired by the informal worker bars found in the Trastevere district of Rome. Dishes of homemade pasta will start at just £6.50 - a bargain for these parts - with a three-course set menu just £22.

They're open from 7am which suggests they'll be serving up coffees and pastries (rather than bucatini for breakfast) and inside there'll be banquette seating for up to 20 people.