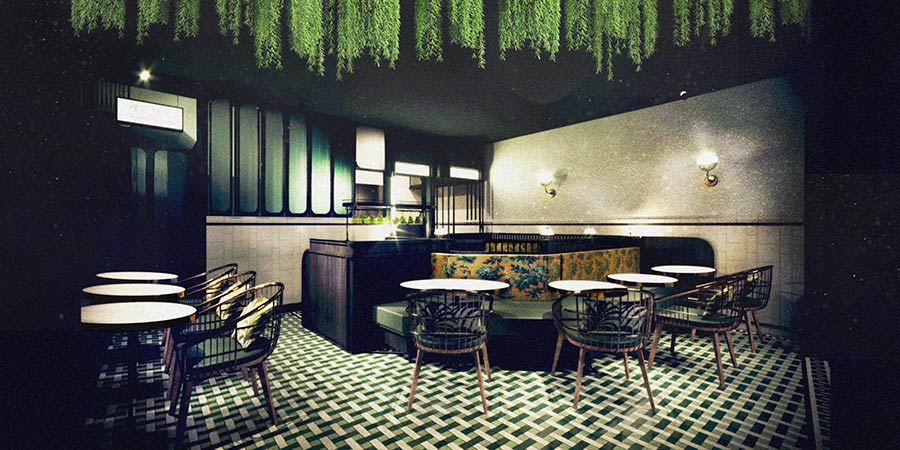 In a nutshell: Late night Cantonese restaurant and bar for Soho

Summing it all up: The duo behind Bun House and Pleasant Lady are turning their original site into a bar and restaurant inspired by the late-night scene of 1960s Hong Kong.

It's all change for Z He and Alex Peffly's old Bun House site in Soho. The husband and wife team are reopening it as Wun's, a late-night bar and restaurant with a 1960s Hong Kong vibe.

The two-floored space on Greek Street will have a downstairs bar - all neon lights and velvet seating. Upstairs it'll look like a daipai dong - Hong Kong’s open-air street cafes.

As for drinks, you can try

And the virgin cocktails sound like a lot of thought has gone into them too including Lavender and HK Milk Tea, Sour Plum and Tomato Tea and Peach & Star Anise with Kombucha fizz.

A quick look at a sample brunch menu also suggests this will be worth a try - there'll be pumpkin congee with cured yolk and mince, cumin potato hash, and spa egg with soy and kaya buttered toast. All quite different - thank god - to the usual smashed avo on sourdough.

1960s Hong Kong was an interesting time when the city prospered and the nightlife really took off so Wun’s is a nod to that era and my own little slice of Hong Kong here in London. Z He - founder.