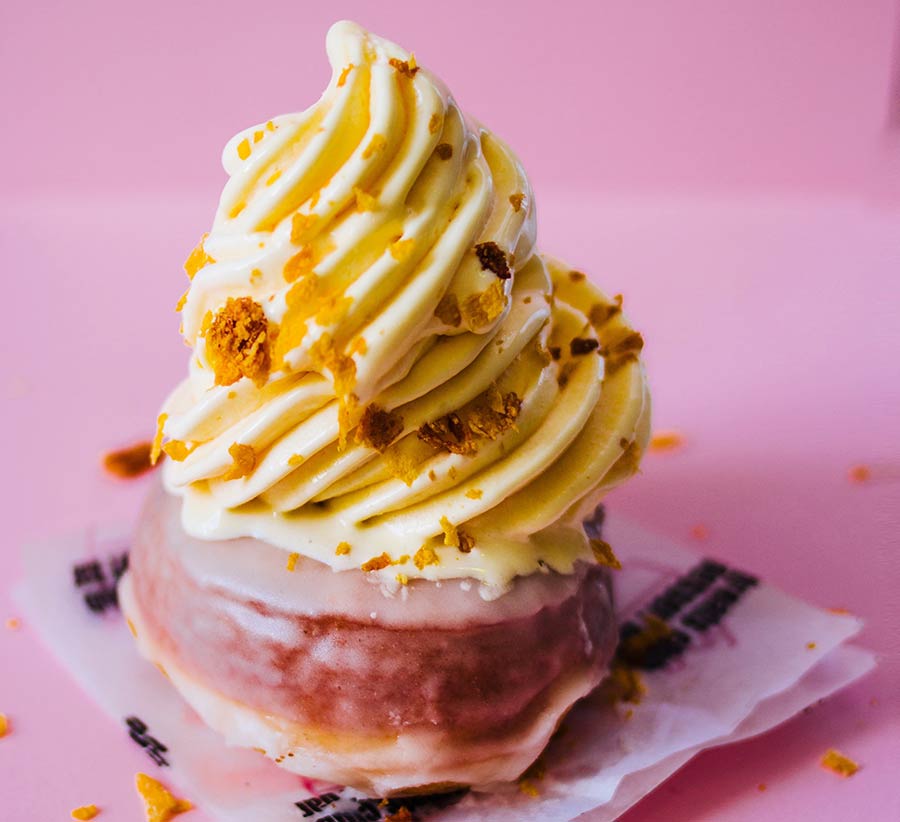 Yes, we really would like a doughnut with soft-serve ice cream on top. While we'd frankly have one of these for breakfast, we'll have to wait until August when Treats Club launches as the latest pop-up to hit Old Street.

They've been appearing on Chatsworth Road Market, serving up doughnuts featuring their home-made jams, sauces, marshmallow fluff and honeycomb. Their doughnut sundaes are normally topped with ice cream - but this is the first time they'll be using soft-serve. Recent flavours have included Oreo s’mores, Apple crumble, Choc chip cookie dough, Biscoff salted caramel brownie as well as a "Vegan Vanilla Funfetti". All the four flavours on offer change weekly - and two of those will be vegan - so we should see something new at the pop-up too.

We think this will be very popular indeed.

Where is it? Old Street Roundabout