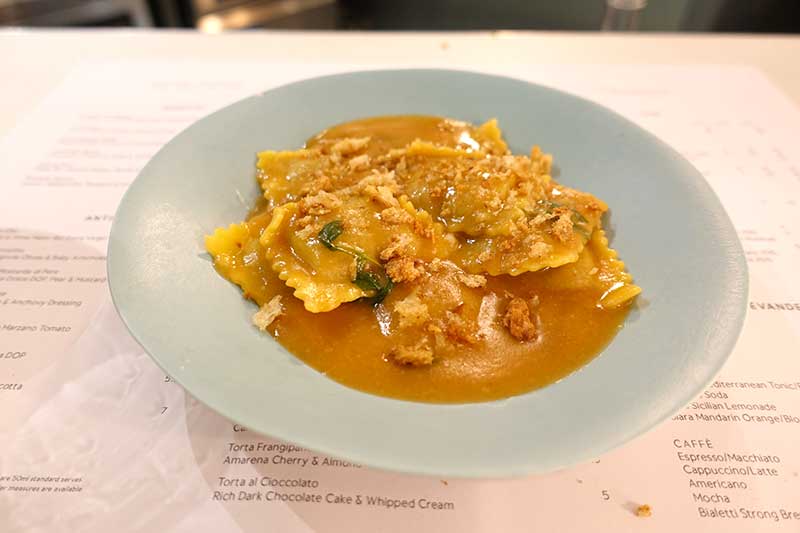 In a nutshell: Pasta legend arrives at King's Cross

Summing it all up: As the original Soho deli marks 75 years in London, Lina Stores prepares to open a new pasta restaurant and deli in King's Cross. Their largest yet, expect some of their best pasta dishes plus a lot of new additions too.

In the past year or so we've heard all sorts of rumours for pasta restaurants in King's Cross, from Padella to Pastaio. But now we have a definite announcement - Lina Stores is coming to King's Cross, as first reported by The Standard. It's opening up just past Granary Square.

First known for their Soho deli which opened 75 years ago, they got rave reviews for their first pasta joint (also in Soho) not least from us. This expansion to King's Cross will be their largest yet, seating 100 inside a Victorian transit shed. That larger space means there will be room for more banquette seating as well as seats by the bar (the best option at Lina Stores, we think).

The bigger space means more dishes and promised for the menu are:

They do say it will be a restaurant and deli - we'll add more about the deli side as soon as we know.