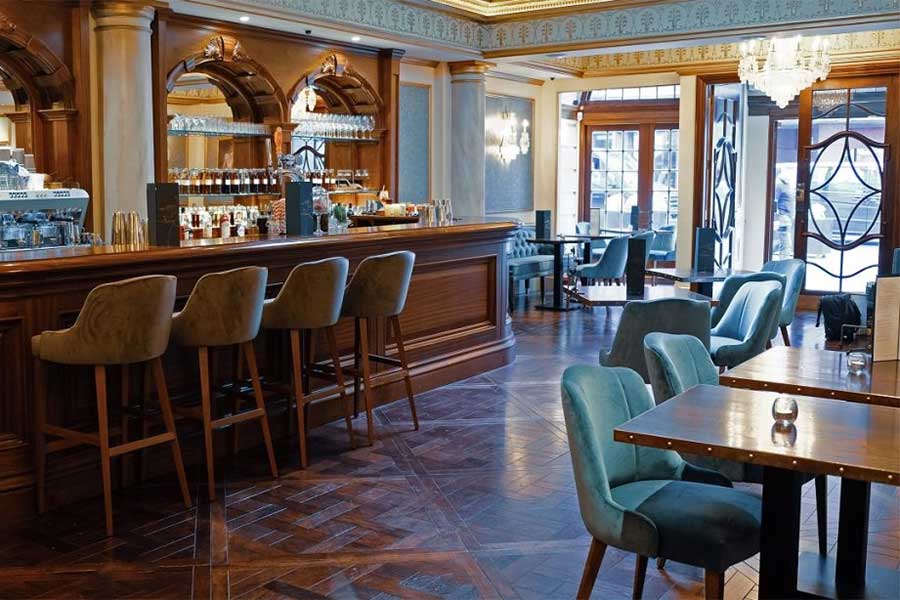 Back in the day, you'd be lucky to get a warm glass of Pinot Grigio waiting for you in a theatre bar during the interval. Now it's quite a different story. Over in Westminster, Andrew Lloyd Webber's The Other Palace has a restaurant by the Naughty Piglets crowd alongside a gin bar, and now the Victoria Palace is following suit.

The Cameron Mackintosh theatre, where Hamilton is currently playing, has just opened Pavlova's - a new bar run by Jason Atherton and The Social Company. It's a pretty small space - just 20 seats - but they're going pretty big on cocktails. There'll be a hidden gin cupboard (here's hoping at least the bar staff know where it is) and the signature cocktail, ‘The Dying Swan’ is served in a ballerina music box.

The whole thing is named after the famous ballerina Anna Pavlova, who performed at the theatre - if you look up at the roof you'll see a statue of her on the top.

The bar won't just be for theatregoers though. It'll be open all day serving croissants and coffee in the morning with paninis, charcuterie and cheeses at lunch and dinner.