KFC is unleashes its vegan Imposter burger in London 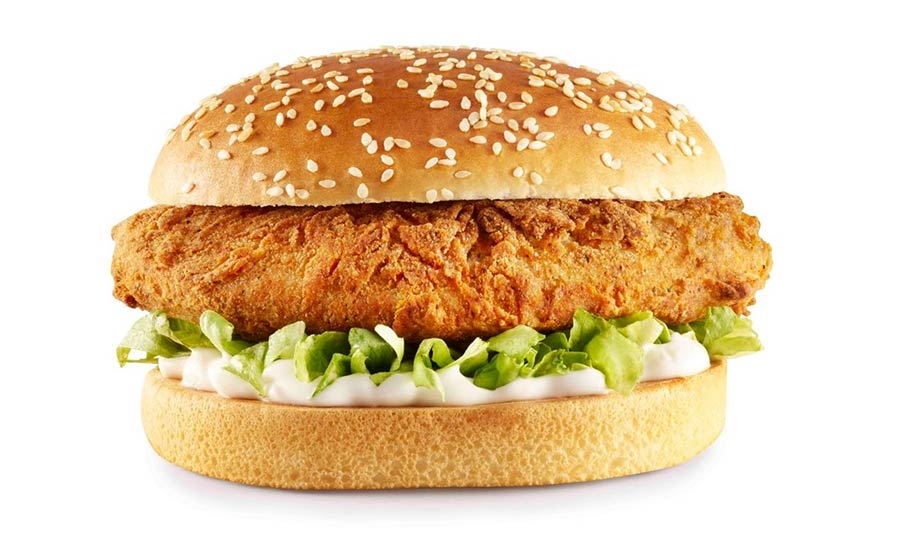 Update 3/7/19 - after selling out in three days, the burger is now back in stock

It was only a matter of time - now KFC is getting in on the whole vegan trend. So if you've moved over to a plant-based diet but sometimes have the intense craving for some of Colonel Sanders chicken (we all do at some point) then now you can head on back for your fix.

The new burger is called "The Imposter" in an "I see what you did there" approach and is a Quorn fillet covered in their secret herbs and spices. It comes with vegan mayonnaise, fresh iceberg lettuce in a soft-glazed bun.

It was available at selected restaurants in London, Bristol and the Midlands for four weeks. As London, that's a restaurant on Gloucester road. And yes it proved to be stupidly popular and sold out in the first three days. But now they're promising it's (brief) return. In a tweet yesterday KFC said: "The demand for the Imposter Burger was unfathomable and it sold out! We've worked some magic and got it back in our trial Restaurants. But be warned, good things don't come to those who wait and it's only available until the 14th July."

More about The Imposter Burger