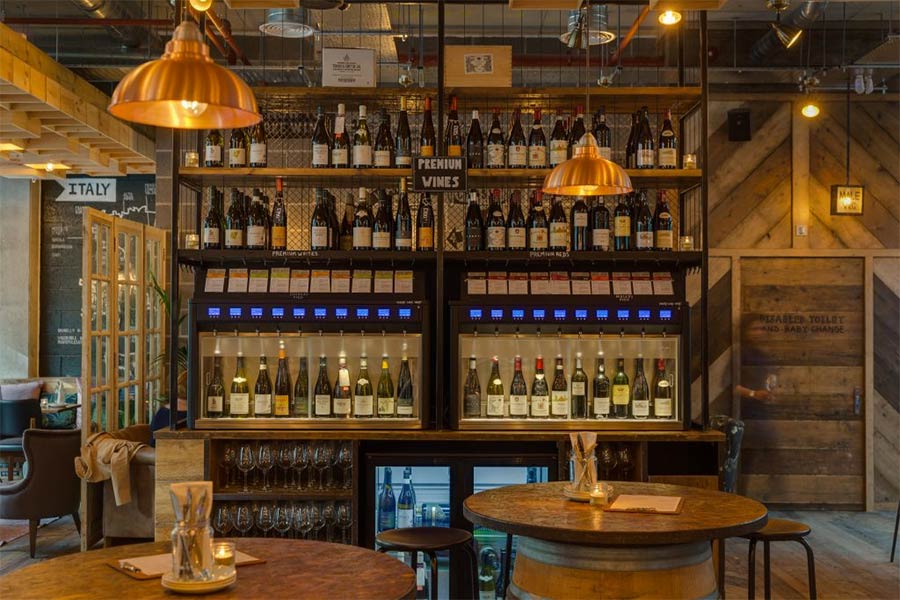 There's have been changes afoot at Paddington Central recently (that's the space by the canal near the Hammersmith and City line). We've had the recent opening of The Grand Duchess, and now we've just learned of a brand new Vagabond wine bar that's opened in the area, immediately becoming the areas first wine bar.

If you're unfamiliar with Vagabond, let us enlighten you. The whole operation is centred around their wine dispensers which are spread throughout the bar. Pick up a card, put some money on it and use it at any of the dispensers. There are 120 wines to choose from with everything from a small tater to a large glass of wine at your disposal. It's handy if you want to try new wines without having to order the whole bottle or try a teeny taster of really, really expensive wine.

In addition to that, small plates are available throughout the day, there's a large steak sharing platter and it'll soon be open from breakfast if you just fancy a coffee and a snack. And if you're working there, a special lunch deal is available as well as sandwiches - £12 gets you a glass of wine and two small plates or a sandwich.

Where is it? 6a Sheldon Square, London W2 6EZ