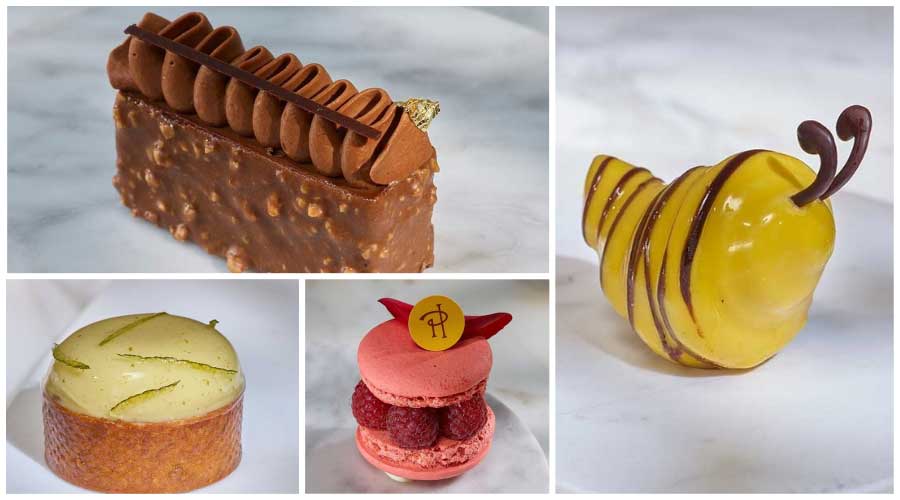 22/7/19 update, unfortunately, the residencies have been cancelled.

Sweet-toothed fans of afternoon tea will want to make a beeline for Harrods this summer. The Knightsbridge department store has enticed four of the best French pâtisserie chefs – Pierre Hermé, Angelo Musa, Cédric Grolet and Yann Couvreur - to put on residencies in their tea rooms.

The series, which runs from July through to September, will see four entirely different menus served up for afternoon tea. They'll also be selling the limited edition creations down in the Roastery & Bake Hall if you want a treat to take away.

The first to come on board is Pierre Hermé (19–25 July). He'll be showcasing his famous macarons along with a take on the classic mille-feuille, using the exclusive Harrods Knightsbridge coffee blend as a special ingredient.

Following him will be Angelo Musa (2–11 August), the Executive Pastry Chef of the Plaza Athénée in Paris and a winner of the Pastry World Cup. He's also got a special pastry planned using Harrods Knightsbridge roast coffee blend, as well as a creation called “100% Vanilla” which celebrates one of his favourite ingredients.

Next up is Yann Couvreur (16–25 August). His pâtisserie collection will include a dessert using Harrods Blue Mountain Coffee Blend alongside an original Yann Couvreur recipe and best seller which combines hazelnut and chocolate.

Finally we have Cédric Grolet, Executive Pastry Chef of Le Meurice in Paris (30 August – 8 September). His tea will feature his signature “Lemon 2.0” as well as a new dish, named the “Bee”, made using Harrods Cotswolds Honey.

More about The Harrods Tea Rooms