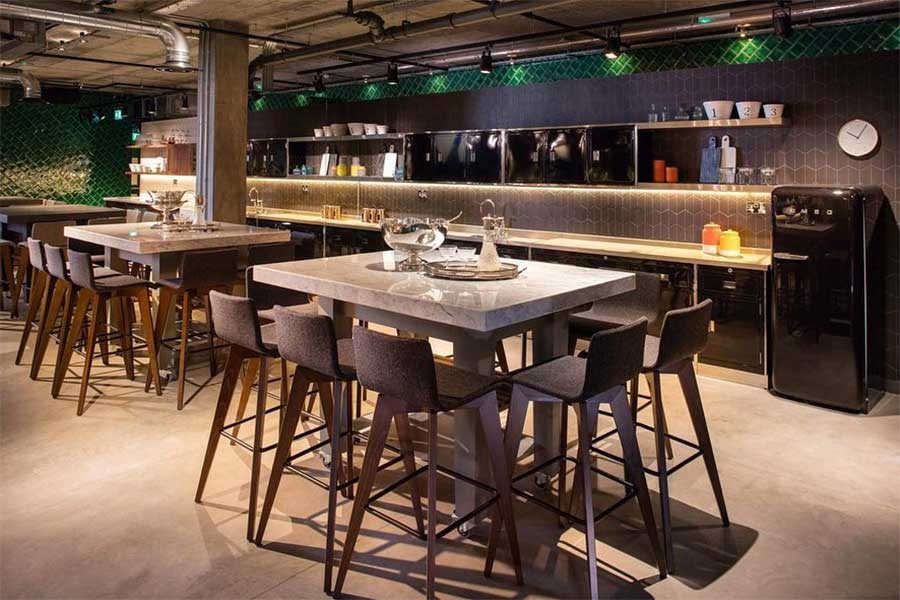 Well here's an idea. If you're the kind of person who loves restaurants like we do, then have you ever thought about moving your mobile office into one?

Just this week we've heard of two new apps which aim to target freelancers looking for comfortable workspaces in and around London.

Restaurant group D&D London, which owns more than 30 places in London, has come up with the Workroom app which launches next week. That allows you to book a table in one of their restaurants for the day, along with super-fast Wi-Fi and complimentary tea, coffee and water on tap. They'll be launching this at five places to start with - 100 Wardour St, Bluebird Chelsea & White City, Fiume and Radici - and then rolling it out.

But they're not the only ones to have cottoned on to the fact that if people like working in coffee shops, then why not restaurants? WorkSpott is already up and running in two locations with what they're calling "flexible working solutions". Through their app you can bok a month in a restaurant or bar space from £139 a month - and on top of the free hot drinks you also get a 15% discount off the restaurant's menu too.

Right now they're only operating in two spaces - The Green Room Bar at Drake & Morgan in King's Cross and inside Level Two of Zima Restaurant in Soho. But they have more places planned in Shoreditch, Mayfair, Covent Garden and Kensington.

And the best bit about all of this? You can be sure that if you need fuel for your business meeting that it'll be easy to get hold of.