Written by Catherine Hanly
Created: 14 May 2019 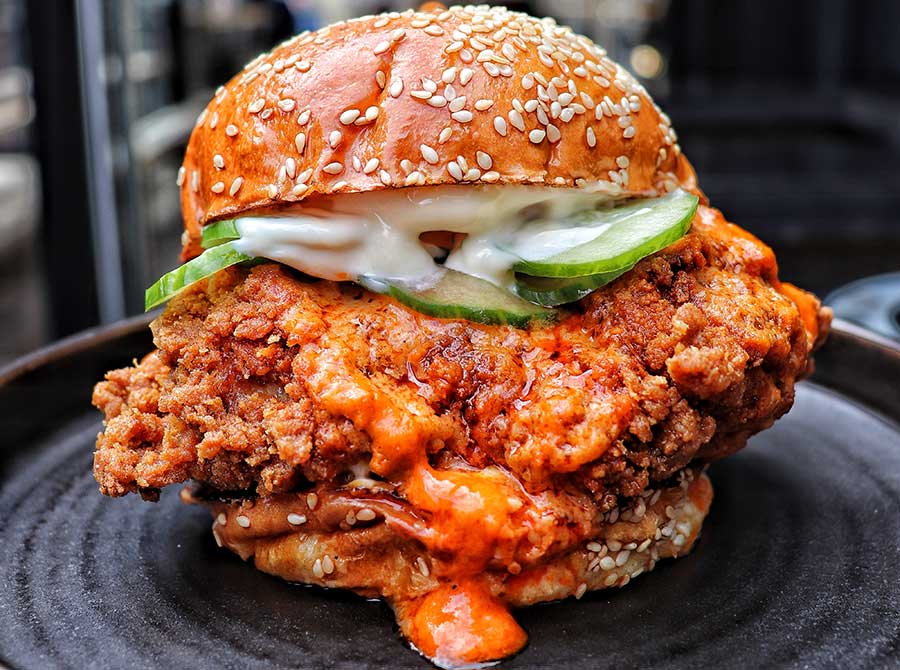 In a nutshell: Fried chicken street traders take on Soho

Summing it all up: Having built up a fanbase at the Boxparks in Shoreditch and Croydon, street food traders Coqfighter are hoping they have the chops to take on central London.

Their fried chicken burgers and baos have already earned them fans at their spots at the Boxparks in Shoreditch and Croydon. Now Coqfighter are taking on central London, opening up their first restaurant - with seats! - in Soho.

Their Beak Street restaurant (they've taken over the space last held by Ma Plucker) will have space for 40 to dine in. And they're planning on bringing all their big hitters with them like their Fried Chicken Bao with Szechuan Mayo, Pickled Daikon, Coriander & Korean Hot Sauce and their Vodka & Sesame battered Wings with Sweet Soy Glaze and Korean Hot Sauce.

But there'll also be new dishes too including Drumsticks with XO Chicken Gravy & Szechuan Salt and Cheesy Corn.

For drinks they'll be showcasing both old and new world wines - with loads available by the glass, along with batch bottled cocktails like a Szechaun Negroni and their own Coqfighter Lager.

Soft launch offer: Soft launch 22-28 May 2019, 50% off food in the evenings only (booking required). To book email soho@coqfighter.com