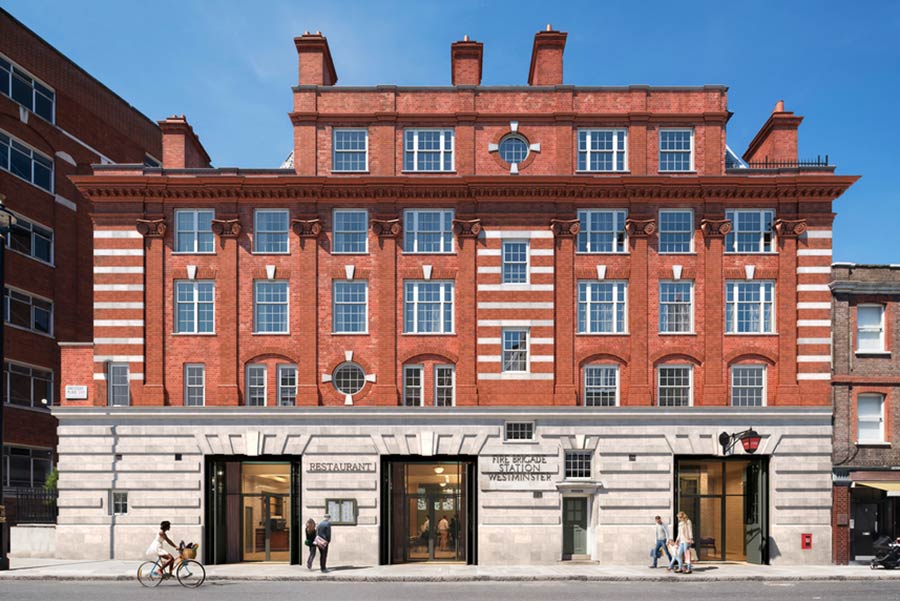 Summing it all up: Following up from the opening of Kanishka in Mayfair, Atul Kochhar has taken over a huge space in Westminster for his next restaurant.

Atul Kochhar may only have just opened Kanishka in Mayfair, but he's already getting ready to open his second new restaurant - this time in Westmister called Mathura (again with Tina English who opened Kanishka with him). And this time he's going big.

He's taking over the old Westminster Fire Station, which should give you a good idea of the size of the place - it's over 5000 square ft and will fit 200 in the bar and restaurant. In charge of turning that huge space into a fine-looking restaurant are Rosendale Design, who also designed The Game Bird, The Ninth and Cabotte.

Details on the food are slim at this stage. We're told it will "will stay true to the signature Indian flair for which Kochhar is known, continuing to use premium, locally sourced British produce while offering unique and unexpected elements which set it apart from his previous restaurants." We'll have more news about the menu closer to the opening date.

As for the name, apparently it's named after a capital city of King Kanishka (an emperor of the Kushan dynasty) so there's a theme developing here.

Where is it? 4 Greycoat Place, Westminster, London SW1P 1BN