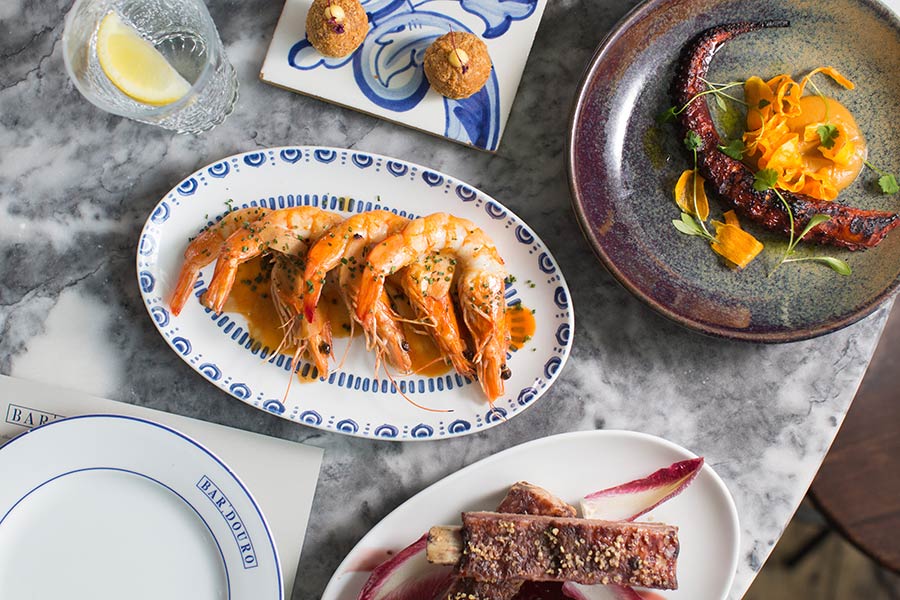 In a nutshell: Portuguese wine bar in the City

Summing it all up: The original Bar Douro in Flat Iron Square (near London Bridge) has proven such a hit that they're getting ready to open a second. This time they'll be bringing their Portuguese wine and food to a big new development near Broadgate.

After success south of the river near London Bridge, Portuguese restaurant and wine bar Bar Douro is about to get a second outpost in the City.

Launched by owner Max Graham, who spent his childhood in Porto and whose family produces wine in Douro, they'll be opening the new restaurant at 1 Finsbury Avenue. That's the latest big re-development that London's been seeing a lot of at the moment (this time at Broadgate), in this instance revamping a grade II listed building (and adding an Everyman Cinema too).

And new to their City menu are Cataplana's - traditional copper pots deriving from the Algarve and Tachos de Barro Preto and black clay pots from Vila Real. They'll have a rotating selection of seafood stews, rice dishes and braised meats, including Arroz de Sapateira Crab Rice and Pork à Alentejana, a traditional pork dish made with clams, potatoes and coriander.

On the drinks list, there will be a curated Portuguese wine list (the largest such list in London), sourced from independent wineries. And there will be a special list of fine wines on their cellar list - the City does like to spend a bit on a bottle, after all. On top of that, there will be special wine dinners and they're importing Portuguese craft beers too.

As for the look of the place - counter dining will surround an open kitchen (the counter at the original Bar Douro is impressive) and there's more traditional seating in the restaurant, with a terrace outside too.

Where is it? 1 Finsbury Ave, London EC2M 2PF

How to book: Email city@bardouro.co.uk.