Fugitive Motel in Bethnal Green will mix co-working with coffee, beer and pizza 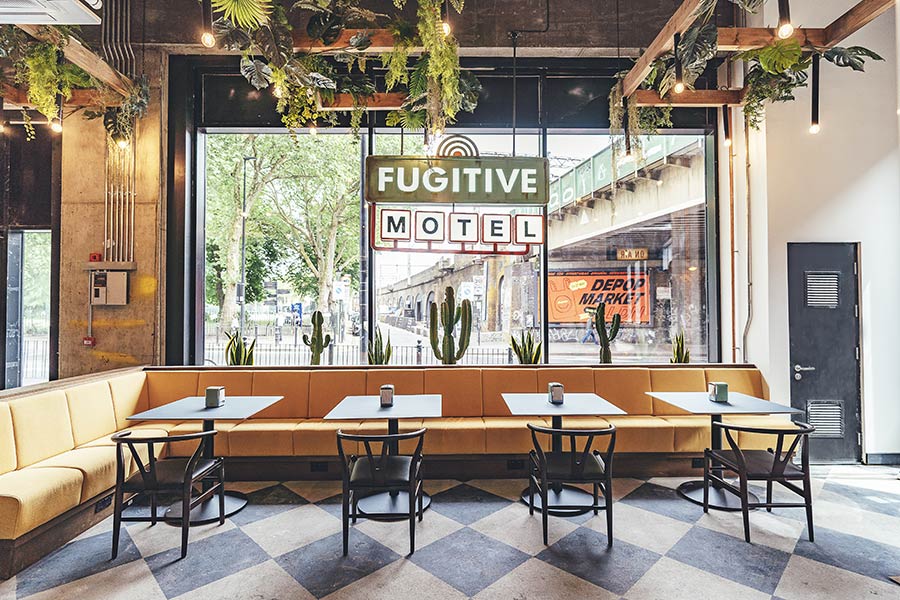 In a nutshell: Co-working beer and pizza joint for Bethnal Green

Summing it all up: Two former musicians have joined forces to open this East London all day space with a focus on craft beer and sourdough pizzas.

It's perhaps not the most well-known career path, but London actually has quite a few musicians-turned food folk/restaurateurs. There's Sam Herlihy (one half of Pidgin and former lead singer of Hope of the States), Noble Rot's Dan Keeling was managing director of Island Records and head of A&R at Parlophone Record, music producer Stephen Lironi runs Bar Esteban and Escocesa in Newington while down the road from that at Jolene the grains come from farmer Andy Cato of Groove Armada fame.

New to their ranks are David Burgess and Liam Tolan. The duo - former musicians in indie bands The Brights and The Light Assembly, respectively - are opening their first place in Bethnal Green. Fugitive Motel will be a craft bar and kitchen, opening just around the corner from a new East London railway arches development.

They'll be open all day, kicking off the morning with coffee from Climpson & Sons. There'll be a coworking space and from lunchtime onwards they'll be serving up sourdough pizzas.

On the drinks side of things, there'll be 14 craft beer lines on draft from a range of local East London breweries as well as some from David and Liam's worldwide beer pilgrimages, along with low and no ABV beer options. This being East London, there's also kombucha on tap plus natural wines and spritzes too.

The space has been designed by teams responsible for Pergola on the Roof and Crosstown Doughnuts - think 50s/60s West Coast American. And we rather like the idea of the booths which will have motel-style ‘vacancy’ light which can be turned on or off depending on whether you’d like others to join you. With perfect timing for summer, there's also going to be a large terrace that runs along Cambridge Heath Road.