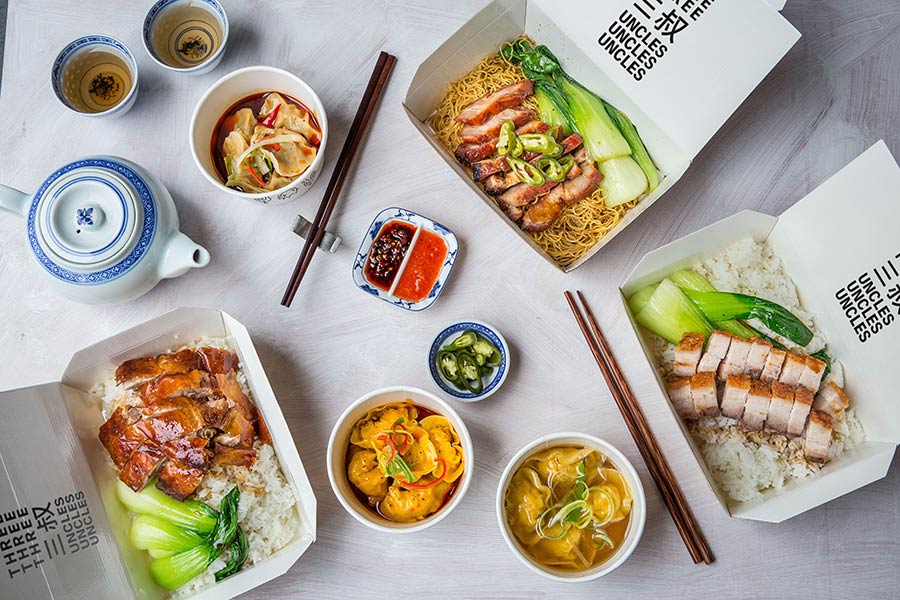 We've already written about the impressive-sounding Upper Place that's coming to Holloway's Nag's Head Market, and now we're hearing about a brand new kiosk that's also coming to the market. This will be Three Uncles, who will be specialising in Hong Kong style Siu Mei (Cantonese roast meats).

If you're wondering about that name, it's all because it comes from three childhood friends and chefs - Cheong Yew (Uncle Lim), Pui Sing Tsang (Uncle Sidney) and Mo Kwok (Uncle Mo). And it's inspired by the Siu Mei spots they frequented in Hong Kong, where they grew up. So there's a lot of history going into the dishes here.

The kiosk is all centred around an imported round roasting oven, where roast duck and roast pork will be hung inside - a technique to get a crispier skin. They've been working on the recipes for 12 months now - and part of that is to incorporate the key six-steps technique - marinate on the inside, rub on the outside (both done up to 48 hours beforehand), fan dry, roast, rest, and serve. They've put quite a lot into that marinade - the Roast Duck marinade has 17 elements, the Siu Yuk 14 and the Char Sui 12.

Here's what "uncle Sydney" has to say about the food:

We’ve had techniques shared with us that have been passed down by Hong Kong sifu (roasting masters, 師傅). The roast meats are the star of the show but the flavourful sauces, chillies as well as the cooking of the rice that accompanies the Siu Mei are just as important to the Cantonese.

The kiosk will be open seven days a week and keep an eye on more info from the Upper Place. 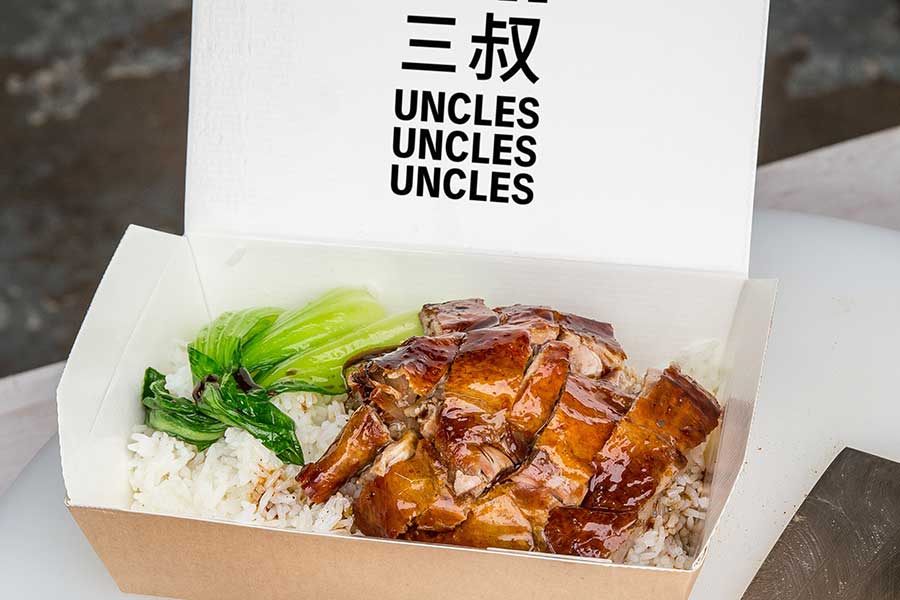 Where is it? The Upper Place at Nag’s Head Market, 22 Seven Sisters Road, London N7 6AG