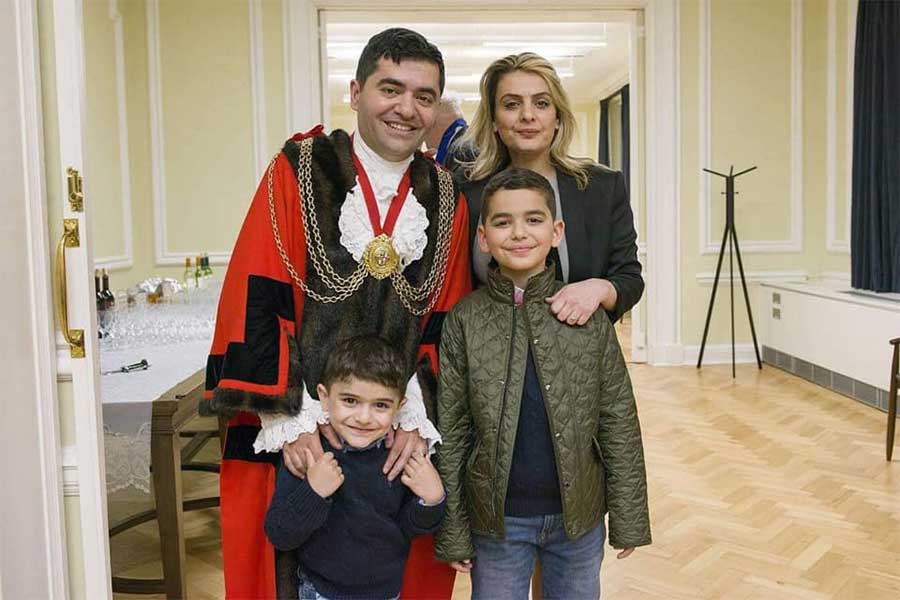 Now here's a story either to inspire you, or make you realise just how little you've achieved with your own life to date...

Last night Ibrahim Dogus was officially sworn in as Mayor of Lambeth. It's another key moment for the former Kurdish refugee whose parents fled to the UK when he was just 14.

The 35-year-old restaurateur and former waiter, now owns three restaurants in central London - Troia, Westminster Kitchen and Cucina. He's also the founder of the British Kebab Awards (you may remember Jeremy Corbyn hitting headlines with his appearance there this year).

In addition to that, Dogus owns his own beer brand, Bira, has founded a community newspaper Lambeth Life AND managed to get himself shot, a few years back, trying to break up Turkish mafia gang violence. Oh - and did we mention his commendation last summer for refusing to shut his restaurant Troia during the Westminster Bridge attack and instead keeping it open to provide the police with food and shelter?

It is a great honour to announce that this evening, in a ceremony at town hall, I was made Mayor of the London Borough of Lambeth. In doing so, I became mayor of the borough that I have made my home, where I run my businesses and raise my children.But like many of our residents, I was not born here. I was born in Turkey, in the Kurdish region, and came to London to escape conflict and war.This is part of what makes Lambeth special: it has always been a place where people can find their feet, make a new start, create a better life. It is no wonder that Lambeth residents voted to remain in the EU by the highest margin in the country. And as Lambeth’s first Kurdish Mayor, this will be my message: one community, one Lambeth, one London, one world. - Ibrahim Dogus