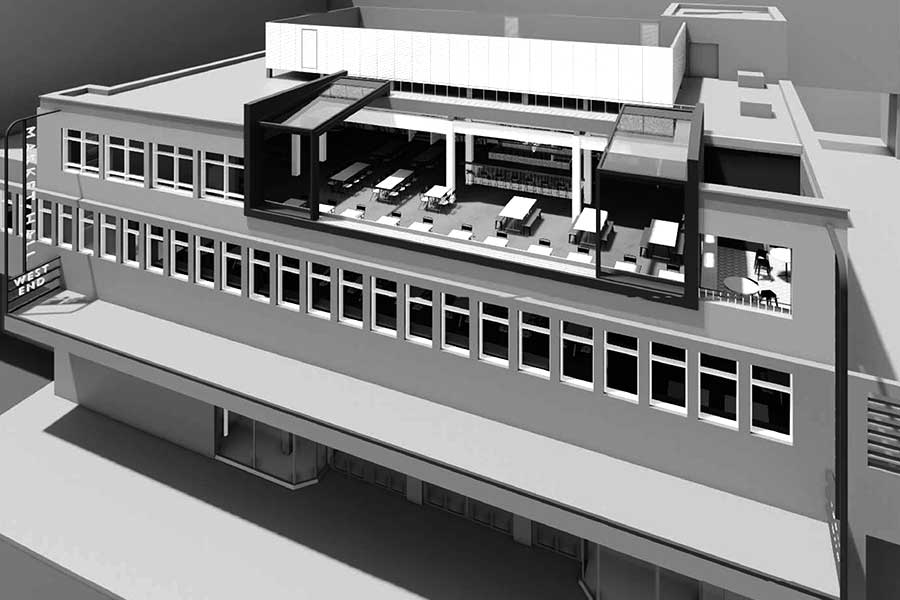 In a nutshell: Huge new food market on Oxford Street

Summing it all up: With 12 traders, four bars and space for 800 diners, this new food hall on Oxford Street is the UK's largest.

Having already given Fulham's food scene a boost and gone down a storm with workers in Victoria, the Market Hall group are getting ready to open their biggest place yet.

Market Hall West End will open its doors at the tail end of summer and it's going to be massive. Taking over a large chunk of what used to be BHS, it'll cover 37,500 sq ft over three floors. There'll be 12 food vendors serving up to 800 people, four bars, an events space and even a children's play area.

But what we're particularly looking forward to - and here's hoping that late summer opening date doesn't slip - is the second floor bar area - with a tap room and cocktail bar - which has a huge retractable room.

There's no word yet on who the food traders will be, but what Market Hall's COO Simon Anderson will say is that "Our twelve kitchens will have something for everyone, with a roster made up from the most popular traders at Fulham and Victoria and some new exciting concepts."