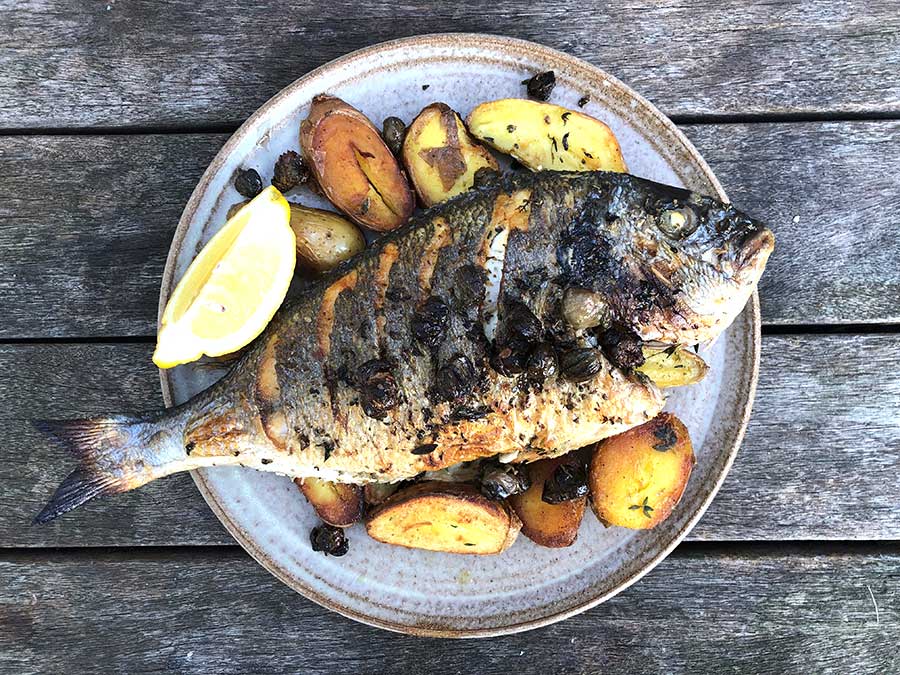 In a nutshell: Four floors of cooking over fire and late night bars in Notting Hill

Summing it all up: Notting Hill's food credentials are boosted by a restaurant and bar team that comes via the River Cafe and Soho House to take over this old pub. They'll be serving up sharing plates, and food cooked over fire or in a wood-burning oven.

Is it just us, or is West London starting to sound like a pretty exciting part of town to eat? Hot on the heels of places like Orasay and Caractere, now we have a four story palace to food and drink opening up on Portobello Road.

Gold, named after the Portobello Gold pub it took over, has already been drawing attention even before opening. That's down to the building's roof to pavement exterior painting by Portuguese graffiti/street artist Vhils.

Inside, the team responsible include a team of chefs and front of house who've previously worked at the River Cafe, Pizza East and Soho House.

It's not the first time someone's brought the whole cooking over an open flame concept to this part of town - you may recall the now-closed John Doe. But the menu here does look good and they're clearly not stinting on the refurb. There'll be a garden room with a retractable roof, a second-floor party room and dining rooms on two floors.