Ben Tish and The Stafford team up for Norma, a Sicilian restaurant in Fitzrovia 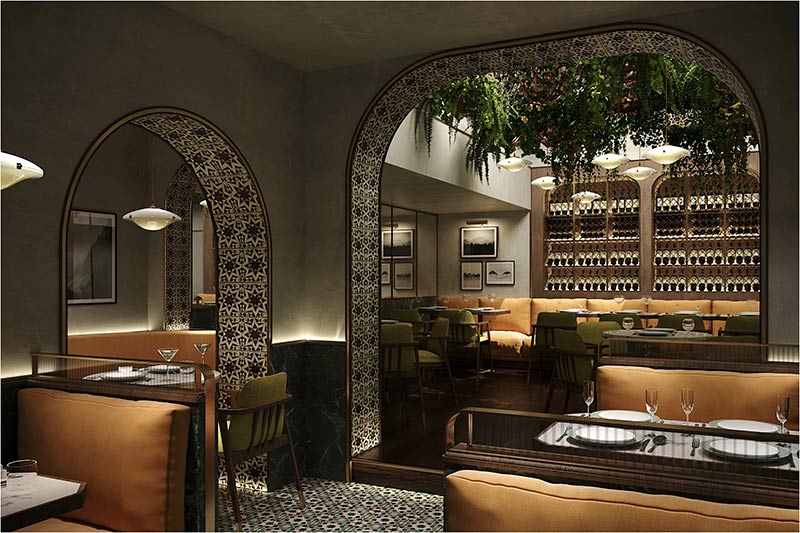 In a nutshell: Ben Tish and the Stafford do Sicily

Summing it all up: Already working together on their hotel, Ben Tish (ex Salt Yard) and the Stafford Hotel are teaming up to create a new restaurant in Fitzrovia called Norma. Expect a Sicilian menu with Moorish influences.

Ben Tish (previously Salt Yard) has been working at the Stafford Hotel in Mayfair for about a year, revamping the food the hotel offers. But we weren't aware of the grander designs for the team-up - namely that they were looking at opening restaurants outside of the hotel. And here's the result of that - they're launching Norma together in Fitzrovia.

The restaurant will be a Sicilian affair, with Moorish influences (something Ben Tish focused on at Salt Yard) and it's also influenced by grand cafe culture in Sicily. They'll be using British produce with what sounds like a traditional Italian-style menu layout (anti-pasti and pastas, and then larger grilled meat and fish dishes) with larger sharing dishes in their private room.

And the place itself sounds rather impressive. A converted Fitzrovian townhouse (the ground used to be a Brasserie Blanc), it's split across three floors. The first two floors are the restaurant (with a crudo bar on the ground floor) and cocktail bar - with the private dining room sitting at the top.

That's all we know for the moment - we'll update as soon as we have more on the menu.

Where is it? 8 Charlotte Street, Fitzrovia, London W1T 2LS