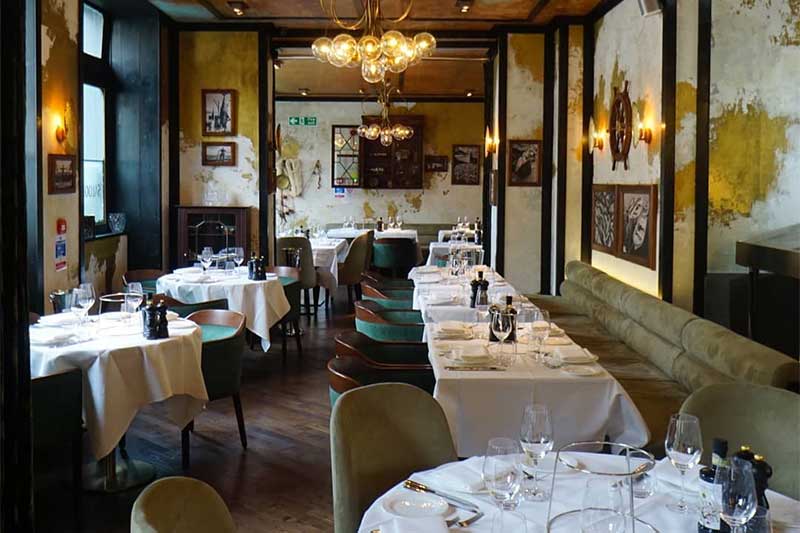 What: Santo Mare and Osteria Napoletana

Summing it all up: If you're looking for somewhere to enjoy the best Italian produce in London then restaurateur Andrea Reitano is hoping his two newest restaurants in Notting Hill and Marylebone will entice you with their day boat fish from the Med and Neopolitan cheese.

It's a bit like buses; you wait around for a new Italian restaurant to open and then two come along at the same time.

First there's Santo Mare which - as the name suggests - is all about Italian seafood. This 100-seater restaurant on George Street in Marylebone is done out like an Italian fish shop - albeit a very luxe one. So there's fish displayed on counters and a large summer terrace too for when the weather picks up. It's a sister restaurant to the Santo Mare that Andrea also runs in Porto Cervo in Sardinia. Dishes include whole salt-crusted sea bass as well as gnocchi with red prawns and Pecorino cheese.

Then there's Osteria Napoletana, a sister restaurant to Romana in Notting Hill, which is all about Neapolitan food and will seat just 32 people.

The Kensington Park Road restaurant will serve up an ‘antica cucina’ menu with dishes like Linguine all ‘Nerano’ - pasta with lightly fried courgette slices and Montanare Pomodoro, Basilicio e Parmigiano: tiny pizzas using ‘Zizzona’ di Battipaglia, a top class mozzarella from Salerno. Mains will feature fish from Naples day boats and desserts include the must-try La Zeppola di San Giuseppe, which is a fried doughnut with custard and cherry.

When does it open? Santo Mare is currently on soft launch. Osteria Napoletana opens in April 2019.