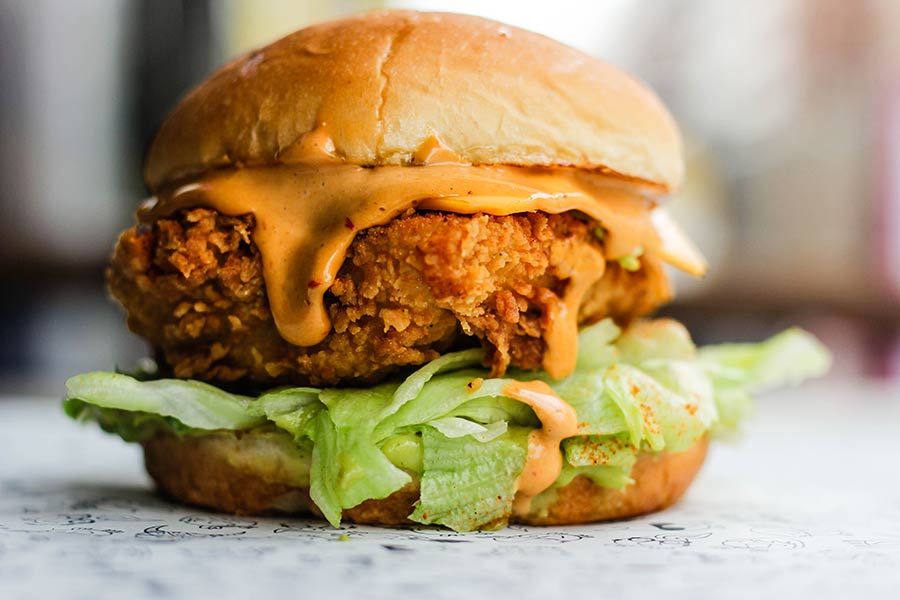 In a nutshell: Proper fried chicken in Soho

Summing it all up: The people behind Chick n' Sours are bringing their fast food fried chicken spot CHIK'N to Soho's Wardour Street. Expect their usual top class fried chicken sandwiches and some new additions to the menu too.

Carl Clarke and David Wolanski's chicken empire is going from strength to strength. With three Chick n Sours under their belts, they're returning to their other fried chicken brand and bringing the first new CHIK'N since the original to Soho. They'll be taking over the space left by BRGR.co.

CHIK'N aims to redefine fast-food fried chicken shops. After an extremely popular and then bumpy start, the original CHIK'N was re-launched as something of an express Chick 'n Sours. As they say themselves of the original - "It was as if Specsavers had done fried chicken... It’s been an emotional journey, but now we know better. This is fast food not rushed food. This is future fast food.”

As part of the new aim, Carl Clarke says he wants to create "the best fried chicken sandwich in the fucking world”. And that comes to life as the continually refined Straight Up - just lettuce, buttermilk & herb mayo and pickles. So not unlike something you might find at a certain other fried chicken restaurant - but honed to be the best it can be. And in addition to that, there's a new sandwich - The CHIK'N Chop with "spice up your life samurai sauce" and a new sauce for the hot wings too. Here's more of what's currently on the CHIK'N menu:

Drinks-wise, there will be craft beers including those from the sustainable Good Things Brewing as well as drinks from ethical soda brand Square Root Soda.

And they're pretty happy to be back in Soho too. We'll leave the final word to Dave Wolanski.

Being a born & bred Londoner Soho has always been a part of my personal & professional life. I cut my teeth working at L’Escargot on Greek St and my first business was Café Soho off Broadwick St. Back then we made award winning sandwiches and now we’re back making sandwiches of a different style that hopefully will be as well received.  Carl lost most of the 90s in Soho joints, once stage-diving in Madame Jojo’s and landing on none other than Elton John.  We’re delighted to be back, to be honest.  It’s going to be fantastic to be so central and in a place that teems with life. We’re going to be doing tons of other stuff in the month of April within our local community too, so watch this space.

Launch offer: For every sandwich bought they'll donate the equivalent to Centrepoint on launch day.