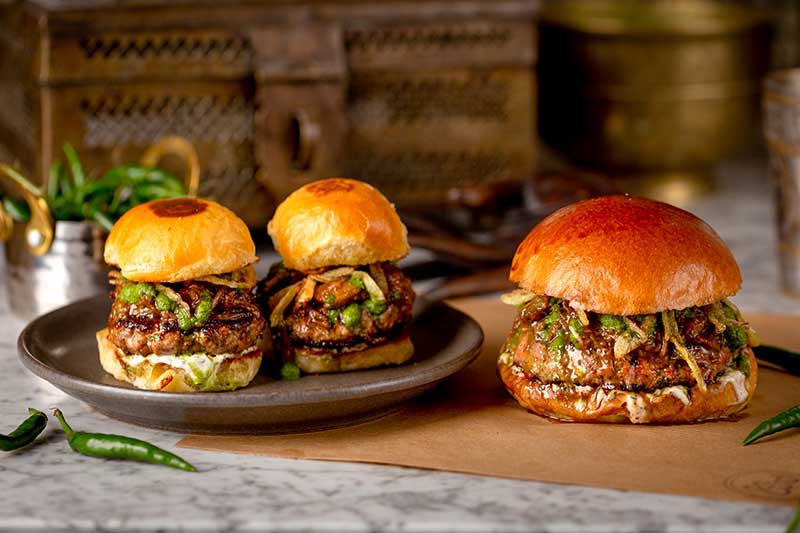 We're always partial to a good collab, and one that not only sounds delicious but also raises money for charity really is a case of having your cake and eating it. Or should that be your burger?

Patty & Bun and Kricket are the two companies joining forces - and they've got a month-long collab coming up in April at their White City Television Centre spots.

In a Ready...Steady...Cook scenario - both have been given the same set of ingredients to make their dish. Patty & Bun's version of Jiminy Kricket will be a cumin spiced lamb patty topped with goats curds, mint raita, slow-cooked lamb raan, wild garlic and green chilli chutney.

Over at Kricket, they'll be serving their own version of the burger slider-style in pao breads with two per portion. Best of all £1 from each dish goes to key4life which works locally on rehabilitation programmes for young men in prison and those at risk of going to prison. Everybody wins.

More about the Jiminy Kricket collab

When? Runs throughout April.