On The Bab opens on Soho's Archer Street 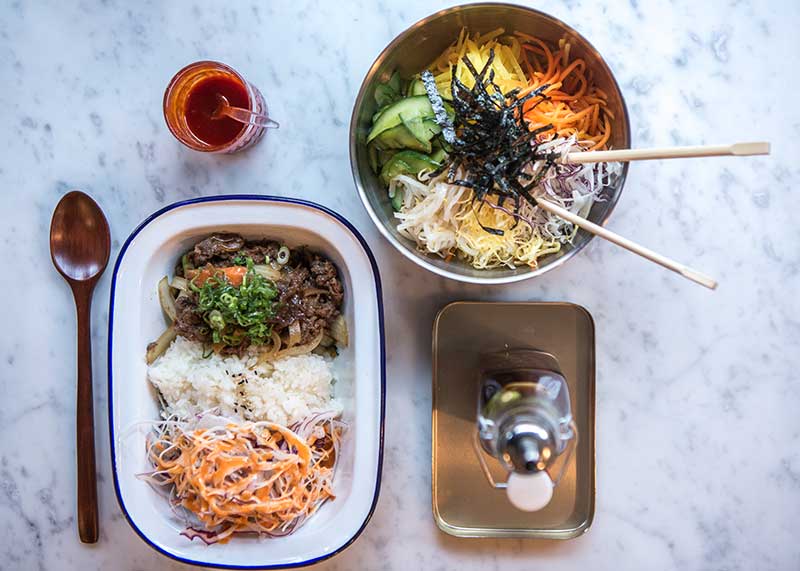 It's all go for On The Bab. The Korean street food spot has moved from Marylebone to Soho and opens today on Archer Street, replacing owner Linda Lee's Mee Market.

The new Soho restaurant will serve up the usual bibimbab, bao, dumplings and Korean fried chicken that the group has become known for. But there'll also be a few new things on the menu, exclusive to Soho - including a Korean-style wrap - stuffed with rice, vegetables and kimchi and your choice of bulgogi beef, spicy chicken, pork or fried chicken along with options of cheese, guacamole and crème fraiche. And look out for a brand new Soho dishe, Dooboo Bab, which is tofu cooked in spicy gochujang sauce with Asian vegetables.

More about On The Bab

Where is it? 9a Archer Street, London W1D 7AX