The 100 most influential women in UK hospitality - according to CODE 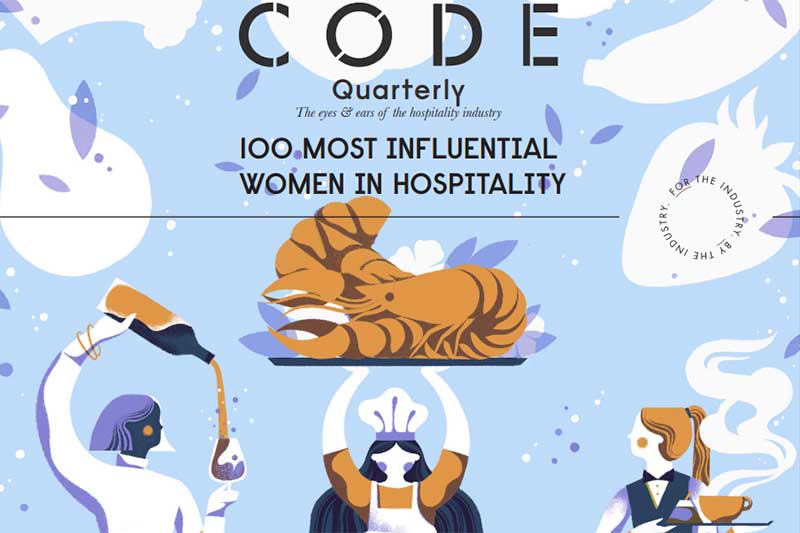 You know us, here at Hot Dinners. We're all about celebrating the very best of the restaurant scene. And that's just what the new 100 Most Influential Women in UK Hospitality does. Out today it showcases women making waves in the hospitality trade, and <ahem> I'm very proud to be on the list too.

And what a list! These are women whom Code are saying "genuinely affect change in the hospitality industry." It's the second year CODE have published the list which covers every aspect of the trade from chefs to writers, CEOs, producers and more.

This year you'll find 31 new entries on there. There's Aurelija Sovaite Group GM at Barrafina, Jane Holbrook CEO at Wagamama and Alice Williams who founded the Luminary Bakery, among others.

Narrowing the field down to just 100 was the toughest bit according to CODE Quarterly editor Lisa Markwell who, along with CODE founder Adam Hyman headed up the list's decision-making panel comprising of Paula Fitzherbert, group director of communications at Maybourne hotel group, Instagrammer Clerkenwell Boy and dessert expert Felicity Spector.