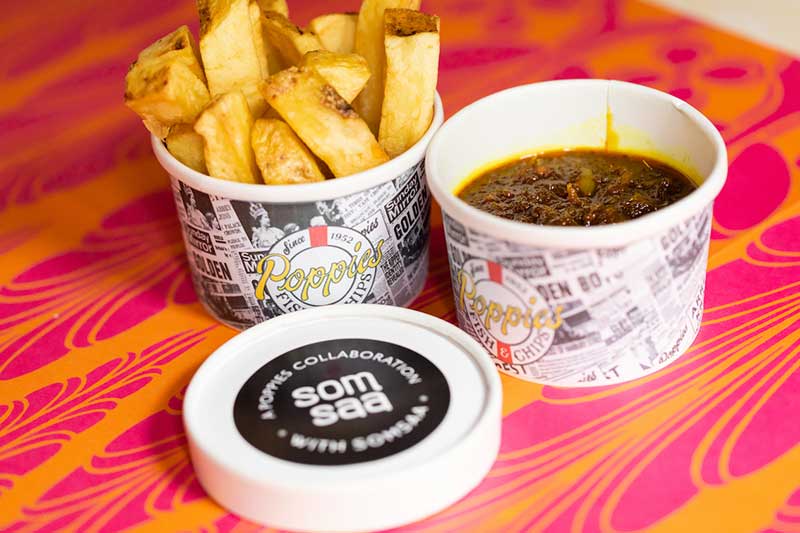 If the idea of putting curry sauce on your chips has never occurred to you, then you're in the majority in this city. According to a YouGov Survey, just 6% of Londoners consider curry sauce to be an appropriate chip accompaniment.

That's about to change if Poppies have anything to do with it. The trad chip shop with branches in Spitalfields, Camden and Soho has teamed up with chefs from Gunpowder and som saa to create two special curry sauces to go with their chip shop chips.

On 1 April you'll be able to try Gunpowder's version - based on a family recipe and on 6 May it's the turn of som saa who are making "an adaptation of a northern Thai dish that has Burmese influences called gaeng hung lae." Both will cost £2.95.