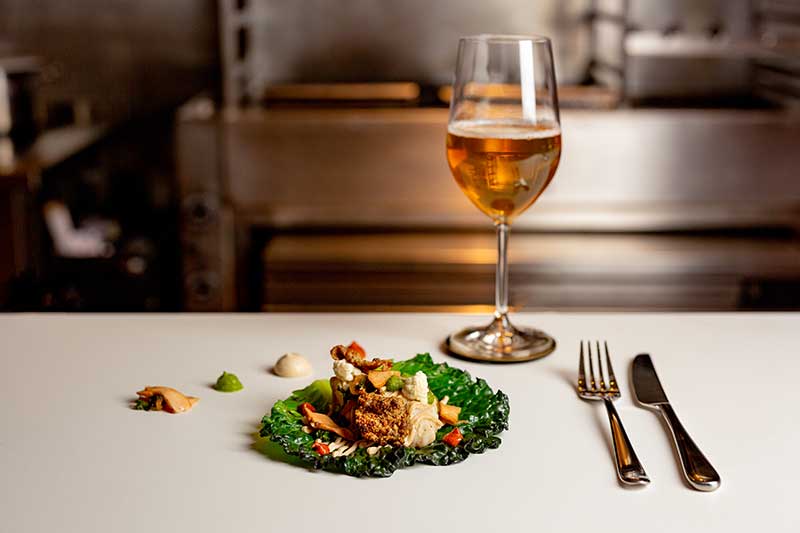 In a nutshell: The Maison Bab team take the chef's table concept to the next level

Summing it all up: Hidden downstairs at Maison Bab in Covent Garden is a chef's table with a difference where the chef will serve food direct on to the counter and guests are expected to eat with their hands.

Ever since they first announced the opening of their Covent Garden restaurant, Maison Bab, we've known that a special chef's table space - Kebab Queen - was planned.

And now, six months later, they're getting ready to open. You'll find it by heading downstairs at Maison Bab where they've cunning designed the basement floor to look like a high street. One shop front hides a prep kitchen, the other is Kebab Queen.

The space, which will have room for just 10 diners. will be run by Le Bab's chef Manu Canales. He'll be serving up a seven course tasting menu - but, in the spirit of the cuisine, will be encouraging guests to eat with their hands. The We Want Plates website won't be happy with the plating concept here - Many is planning to serve up food rirectly on the heated Dekton countertop.

But if you can get beyond all that, the food sounds like it's going to be amazing. Seven courses plus petit fours, will set you back £60.

“It’s about combining the intense flavours of high end dining with the communal, elbow-to-elbow fun of the kebab shop,”says Manu. 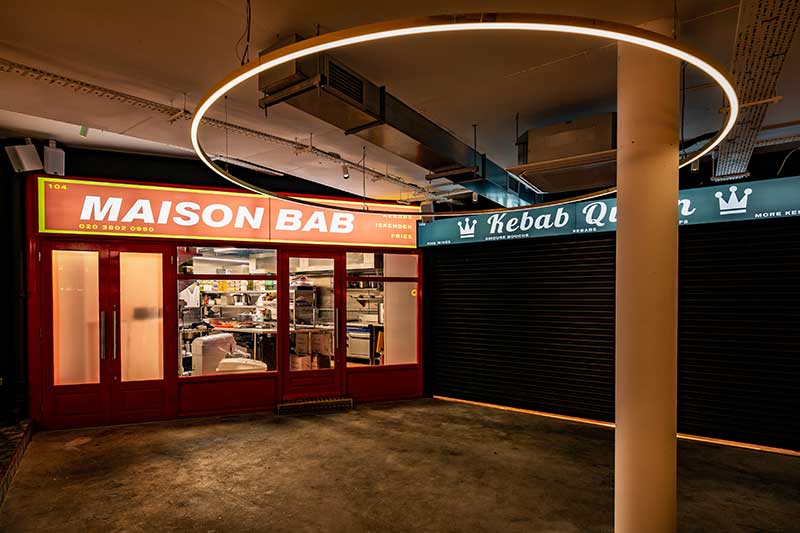