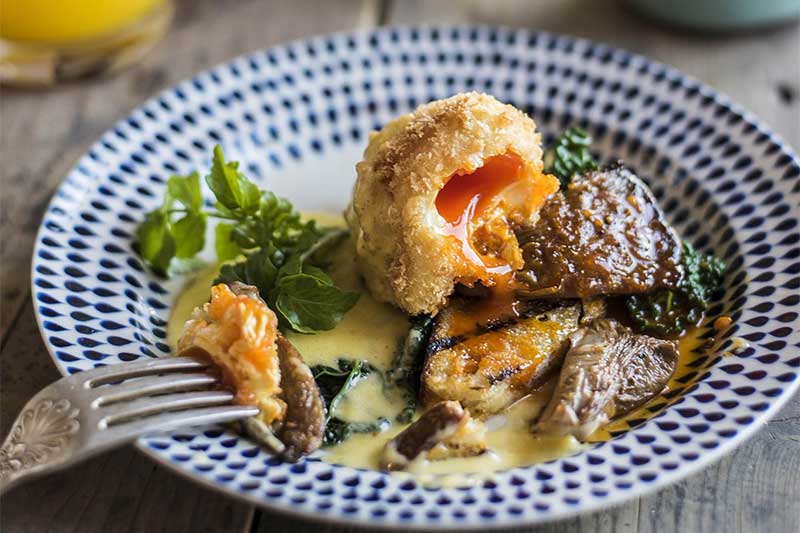 What: The Yeo Valley Cafe

In a nutshell: Organic farm canteen opens in London

Summing it all up: Organic Somerset dairy company Yeo Valley sets its sights on London opening an all day organic cafe in the new West Walk development in Queensway.

At first glance, news that Yeo Valley are opening a cafe in Queensway doesn't sound all that exciting. Yoghurt for breakfast, lunch and tea, anyone? But the cafe opening up as part of the new West Walk scheme is actually the dairy company's second restaurant.

They opened the first, The Yeo Valley Canteen in the company's Somerset HQ in Blagdon back in 2015. They use organic meat and dairy and their Somerset cafe just got a four star award for having between 75-95% organic ingredients on its menus.

The London menu is being put together by chef Paul Collins who has worked everywhere from The Dorchester to Cliveden and used to be the private chef to Sir Anthony and Lady Carole Bamford who own Daylesford. Like the Somerset original breakfasts feature Denhay Back Bacon Sandwiches and poached eggs on toast with hollandaise and wilted spinach or bacon.

For lunch, there'll be a hot dish of the day, soups, a rare roast beef sandwich with horseradish crème fraiche and - our favourite bit - salads where the optional extras include veggie frittata, roast beef, homemade hummus or a sausage roll on the side. Nice.

More about The Yeo Valley Cafe