The Beefsteaks bring their steak sarnies to Borough Market 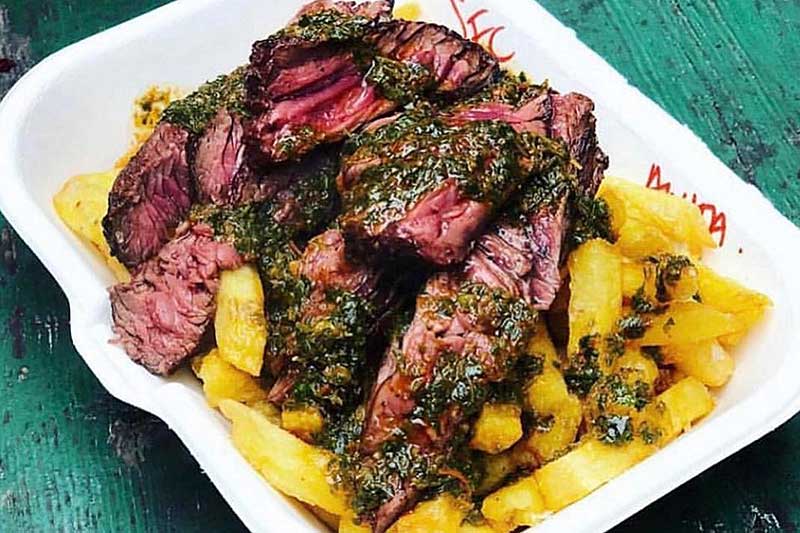 Keeping it simple at Borough Market this spring are The Beefsteaks. After a couple of successful guests spots the street traders, who describe themselves as "an 18th Century exclusive London steak club reimagined as inclusive 21st Century street food", have been given a space of their own for the next two months.

They'll be taking over the old Exotic Meat Company space next to Brindisa until the end of April. To begin with they'll start by serving up their two key dishes - a choice of charcoal grilled Butcher’s Steak on hand cut, triple cooked chips or a Butcher’s Steak Sandwich with onion marmalade, watercress and your choice of sauce - both cost £10. Later, they're hoping to extend that menu to breakfasts and various specials.

But what the space really means is that for the first time, they'll be able to butcher their own meat, as well as sourcing all of their veg from the market.

More about The Beefsteaks