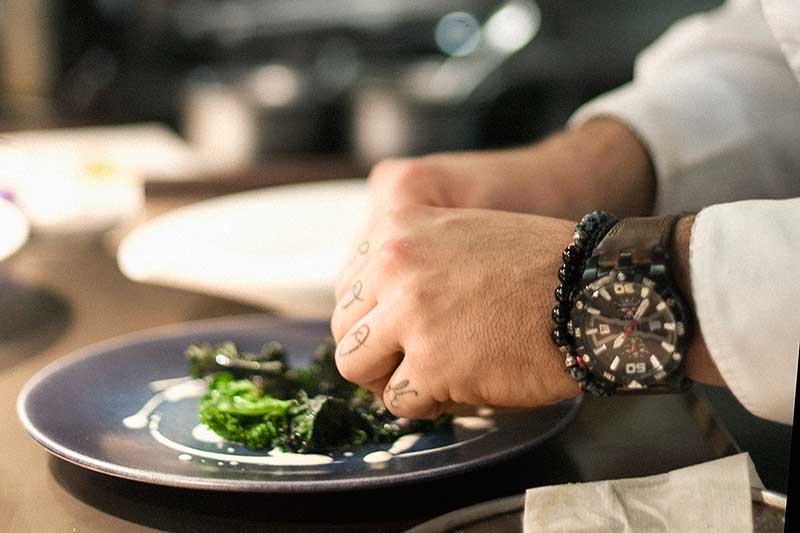 Normally you'd expect to find start-ups using street food as a way to test their food. But a new restaurant hitting London's street food scene already has that expertise in spades. Pied a Terre opened 28 years ago, but now the Michelin-starred restaurant's chef Asimakis Chaniotis and Pied à Terre Founder, David Moore are taking to the streets.

As first reported by trade title The Caterer, they're opening a new concept restaurant called Cook Love at Dinerama in Shoreditch. But, as they're at pains to say, it's going to be more than just a street food stall. Dishes will be cooked in an oil drum BBQ to create a smooth and smoky flavour. And the scallops that have long been a favourite at Pied à Terre will be making an appearance..

On the launch menu will be:

They say that the menu is set to evolve according to what's seasonally available.

As for the inspiration behind the name? Well just take a look at the chef's hands in the picture above...

“We’re in an exciting position to bring together some of the UK’s freshest produce with our combined knowledge of running a Michelin-star restaurant to create an exciting new foodie experience for even more Londoners. David Moore

Where is it? Dinerama, 19 Great Eastern St, London EC2A 3EJ