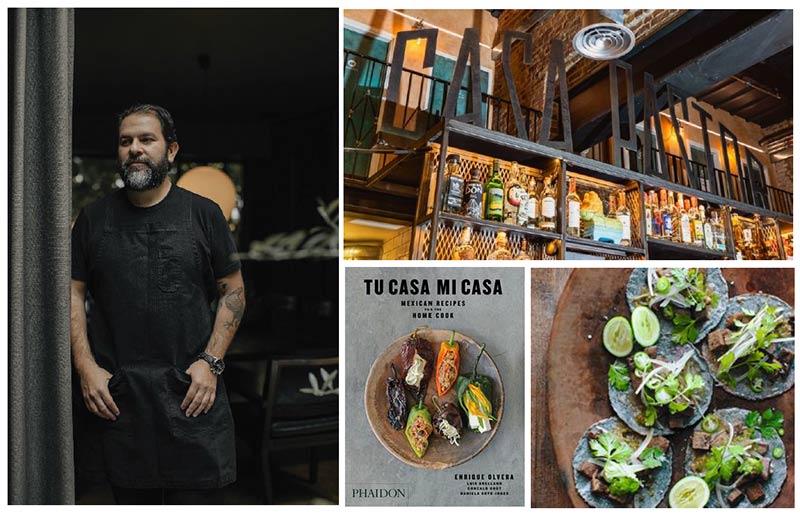 Now this IS a big deal. If you've never made it across the pond to try Enrique Olvera's amazing Cosme restaurant in NYC (or for that matter Pujol in Mexico City)  - 25 and 13 respectively in the World's 50 Best Restaurants list - then you are in for a treat. Olvera is coming to London for a food tour to coincide with the publication of his ‘Tu Casa Mi Casa' with Phaidon and there will be opportunities to try his food.

First he's cooking a supper at Casa Pastor (apparently Olvera and the El Pastor founders have known each other since they were tearing up the clubbing scene back in Mexico City in the Nineties. At the supper we're told "Enrique will serve a selection of his favourite recipes taken from the book including Herbed Guacamole and chicharron/totopos; Hamachi and corn aguachile; Tacos de lengua; Tamalitos de broccoli; Bacalao a la veracruzana; Churros."

We've been lucky enough to try Olvera's food at Cosme (you can see our Test Drive here) where were dining just a week after the Obamas had come in for dinner, and we can assure you this is well worth getting a ticket to.

Then, on 30 March, Olvera will head to Lyle's in Shoreditch where he'll be cooking a brunch menu including quesadilla with morels, tostadas, whole grilled fish and, of course, avocado toast.