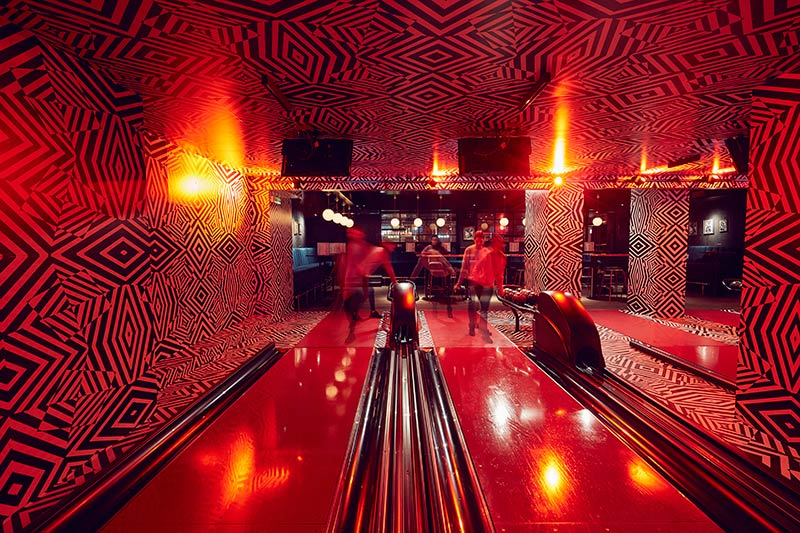 They may be in the process of moving their original restaurant just around the corner, but MEATliquor aren't sitting still. Their latest venture is a mash up with Queens Skate Dine Bowls called Liquor Lanes - and it's a little Big Lebowski inspired.

Essentially a private area of the Bayswater skating and bowling spot, it's particularly influenced - as you can see from the pic - by the psychedelic bit of the movie (but we're assuming that they won't be able to float you down the lane).

So you'll have all that and a private bar - serving up White Russians, of course, plus the full MEATliquor menu. Burgers and White Russians are the order of the night then.