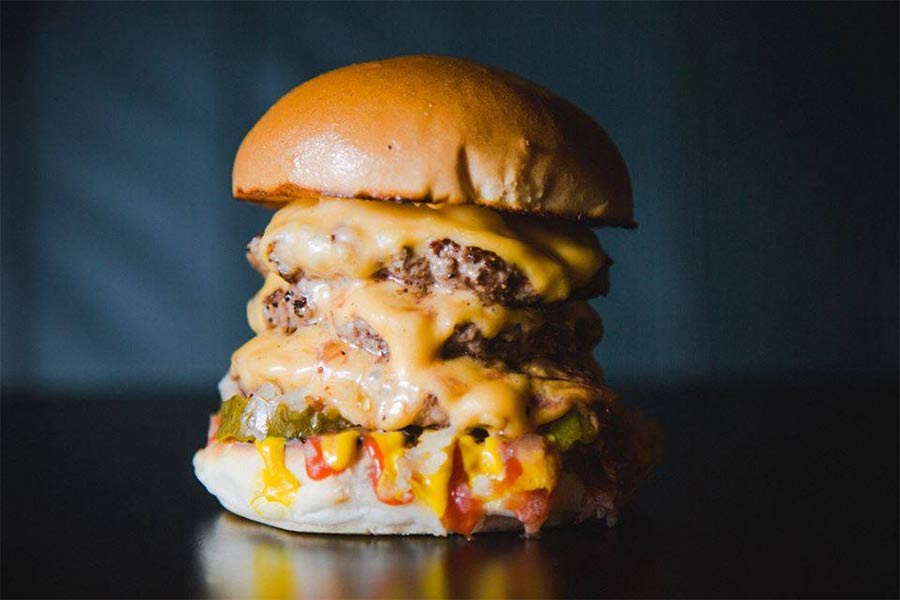 In a nutshell: Burgers, cocktails and more in W1

Summing it all up: The original MEATliquor relocates to a brand new - and much more permanent - site just 500 metres away from where they first started. Expect the usual dose of burgers, hot-dogs and LOTS of cocktails that have made them such a big hit ever since that first opening.

Without a doubt, MEATliquor (and their predecessor, the MEATwagon) have been responsible for London's burgers being, well, actually good. It may be hard to remember a time when that wasn't the case, but they were definitely at the forefront of the burger revolution over the last decade. That and the rise and dominance of "dirty" (but good) food and pretty deadly cocktails too.

All this was encapsulated in the very first (and hugely successful) MEATliquor which opened just behind Debenhams. With a rolling lease, it was never supposed be a long-term restaurant - but they lasted for seven years before moving on (due to development plans for the old car park it was situated in).

But now they're getting ready to open in a brand new space - just down the road. They're taking over the location that's best known for its previous incarnation as Match bar, just off Oxford Circus. And they've quite the change planned - it'll be unrecognisable from its previous space, with a redesign by Shed (you can see a preview of that below).

The emphasis for the new MEATliquor W1 is definitely on the "liquor". Their cocktails have always been lethal, and now they're adding more to the mix. A brand new selection will all be available in either 0.5, 1, 2 or 3 litre sizes - which just sounds dangerous. The new drinks are:

On top of that - more new cocktails are in the added "Trial Shifts" section:

If that's not enough booze - each table is coming with a "poke forJäger" button. Because, why not?

Certainly, the proximity to Oxford Circus is very handy indeed - the area is really in need of a decent bar.  The new MEATliquor will have a late licence (how late is TBD) and they've also got a stage in this venue too - so expect all manner of entertainment while you booze the night away.

But all that drink doesn't mean missing out on what are still some of the best burgers in town. All the usual favourites will still be here - including the Dead Hippie, Tower Block Burger, The Ripper hot dog, Monkey Fingers, all manner of fries and deep-fried mac and cheese. And that late licence means they'll be serving food until the early hours (until 2am initially and then 3am from 10 June).

So if you find yourself in dire need of a late night/early morning snack - this will be your place to go.