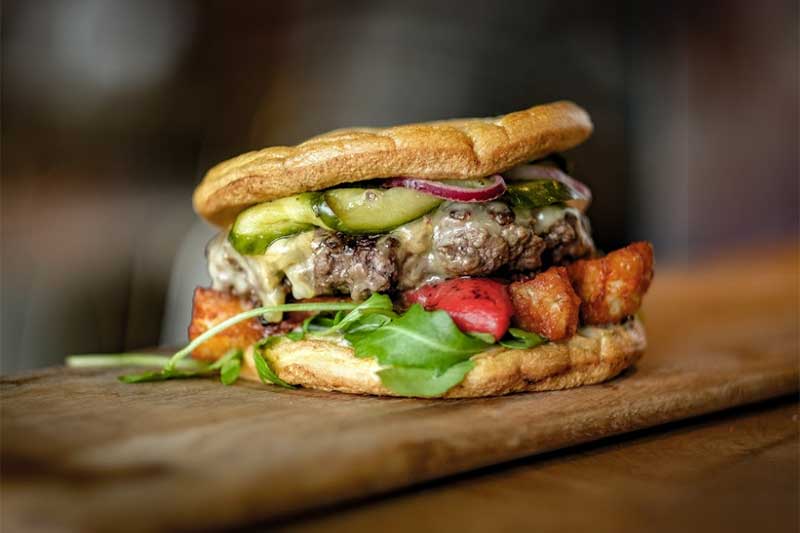 Sure we've had bunless burgers before now. But if you're after the full burger experience without piling on the carbs, they're not really the same. So a new burger that's just launched in London may be the answer.

The Keto burger from Cut + Grind in King’s Cross and Boxpark Wembley is the brainchild of chef Sammy Aykak (previously at Zelman Meats and Burger & Lobster). He's put together an aged beef patty using meat from butchers Turner & George, layers of fried halloumi, rocket, roasted red peppers, Cheddar cheese, pickles and rocket and - here's the clever bit - put them all inside a souffle egg bun.

Where is it? The Urbanest Building, Canal Reach, London N1C 4BD and Boxpark Wembley