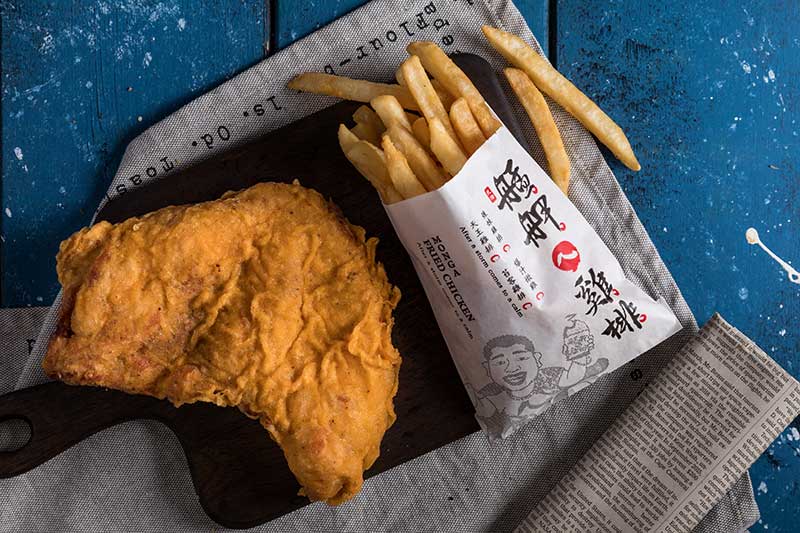 In a nutshell: More Taiwanese fried chicken for London

Summing it all up: Popular Taiwanese fried chicken chain Monga have chosen London's Chinatown for their first European branch.

London's fried chicken options are broadening considerably - and whether you're after American, Korean, British or Taiwanese fried chicken there's something for you.

The latest arrival is popular Taiwanese chain Monga Fried Chicken which is just about to open its doors in Chinatown. They've apparently got a massive fanbase back home in Taiwan, and in more recent years have also opened in Canada and America. They'll be opening in Chinatown, just around the corner from Hot Dinners' current Taiwanese fried chicken obsession, Good Friend.

So what makes this standout from every other chicken joint in London, you might ask. Well, we're told that here it'll be all about marinating chicken fillets in honey, before dipping them in batter instead of dry flour before frying.

There's going to be five flavour options, including a seaweed version, alongside Taiwanese beer and fruit beer. We haven't seen the UK menu, but a glance at the Canada one suggests there'll also be bao on the menu - including (wait for it) their version of a chip butty - a bao butty. There'll also be wings and nuggets too along with regular and sweet potato fries.

The Chinatown branch will offer takeaway and also around 30 seats upstairs.

Where is it? 12 Macclesfield St, London W1D 5BP

Launch day offer: Buy one, get one free