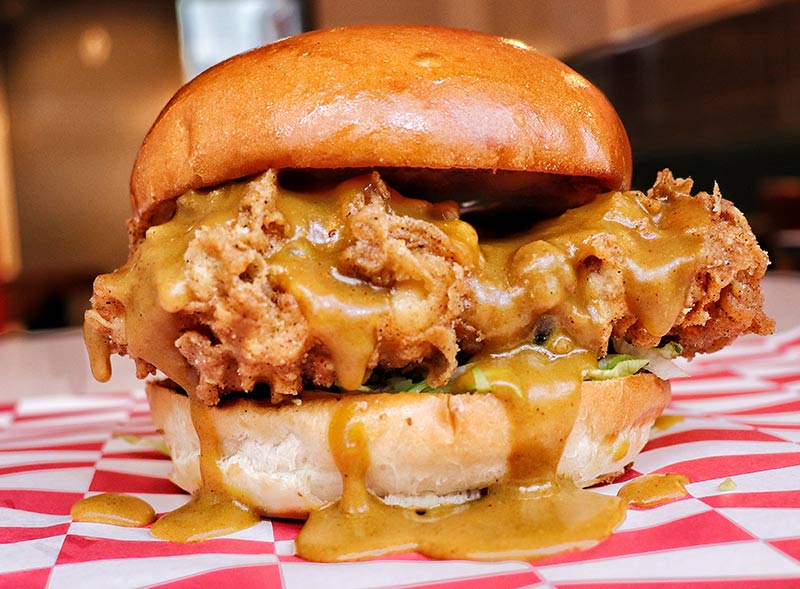 We've been fans of Butchies' amazing chicken sandwiches since we first tried them years ago at Taste of London. Since then they've done popups and residencies and opened their first standalone restaurant in Shoreditch and a stall at Market Hall Fulham. But now, they're after the posh pound.

From the end of this month they'll be running a three month residency at royal hotspot Mahiki. And they've come up with a range of new dishes to fit in with the Kensington nightclub's tiki theme.

So as well as their signature buttermilk fried chicken burgers they'll be serving The Big Kahuna Burger - where the fried chicken comes with teriyaki sauce, pickled red onions, smoked streaky bacon and caramelised pineapple. They'll also be putting on Katsu Curry Burger and a Yuzu Hot Sauce Burger to keep things spiced up.

New sides will include a Mochiko chicken with ponzu mayo dipping sauce, and a vegan cashew, goji berry and quinoa salad.

As for dessert, the team first brought in ice-cream sandwiches when they popped up on the roof at John Lewis last year. Now they're back with two more - a salted caramel with miso, chocolate and Guinness cake version as well as one with malted milk ice cream sandwiched in oat biscuits and chocolate-dipped with magic crumb.

It's all bound to go down well at the party spot - and if Meghan pops by with Harry she could always sub the chicken for fried halloumi if rumours about her pregnancy cravings for cheese are true. 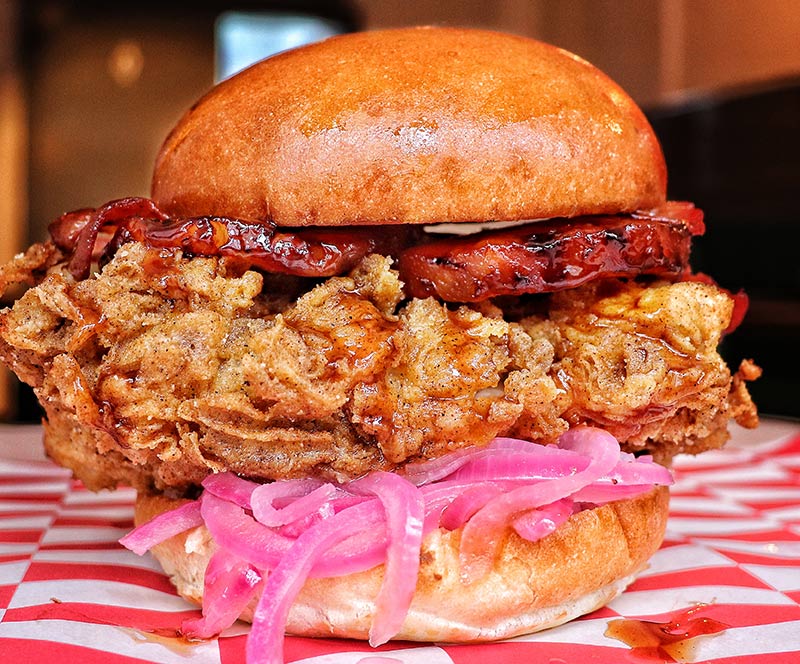 More about Butchies at Mahiki

Where is it? 2A Kensington High St, Kensington, London W8 4PT