Pilgrim are the latest winners of My Million Pound menu 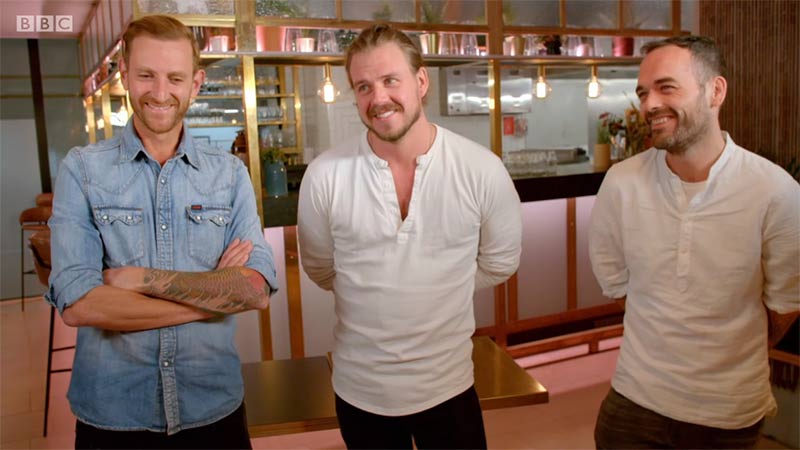 The winners of this week's My Million Pound Menu has been revealed - and this time it's the turn of Pilgrim, made up of Dave Bone (head chef) Jamie Duffield (front of house), and Anthony Power (marketing).

You may well have come across them in their previous pop-ups, where they cooked up a menu of Spanish Small plates and with a big focus on Spanish wine. It's all based on the food found on the Camino de Santiago pilgrimage path in North West Spain (hence the name) with dishes based on different parts of the route.

In the show, Matt Farrel of Liverpool's Graffiti Spirits Group offered them a £600k space in Liverpool to open their first Pilgrim restaurant - it'll be opening there in Duke Street Market in April (all part of a big new food and drinks market). So while we won't see them opening in London full time (yet, anyway) there is one last chance to see them before they properly hit the big time - a one-night pop-up in February at Victory Mansion in Stoke Newington. You can get tickets for that here and more tickets for a Liverpool pop-up here.

if you miss that - then it's a trip to Liverpool!

Where is it? Stoke Newington for the pop-up and then at 46 Duke St, Liverpool L1 5AS