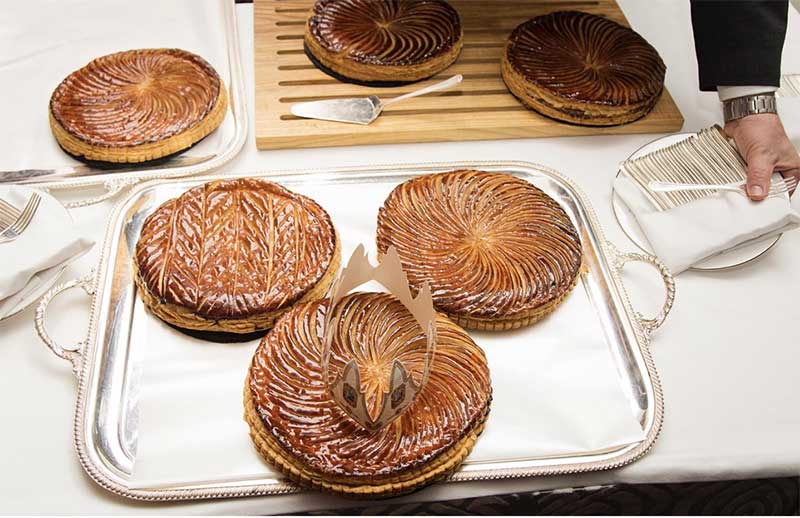 Given that they're usually the ones providing the hospitality, there's nothing London's restaurant folk like more than a good party themselves. And the annual Galette des Rois hosted by Helene Darroze at The Connaught is hands-down one of the best of the year.

We had a nice chat with two of the Irish contingent there - The Dairy's Robin Gill and ex-Chiltern Firehouse's Patrick Powell, both of whom are opening restaurants this year in new developments, the former at Embassy Gardens and the latter at Manhattan Loft Gardens.

Sadly, we weren't lucky enough to find one of the "feves" in our slice of the galette (which gets you a prize), but we did see Instagrammer Felicity Spector donning the crown after winning an evening of cocktails at the hotel. Nice work.

If all that pastry action makes you fancy a slice too, then you have until the end of the month to pop down to the hotel. Hélène Darroze at The Connaught will be serving their homemade Galette des Rois in the restaurant there and whoever finds the lucky charm gets to take home a galette of their own.

More about The Connaught