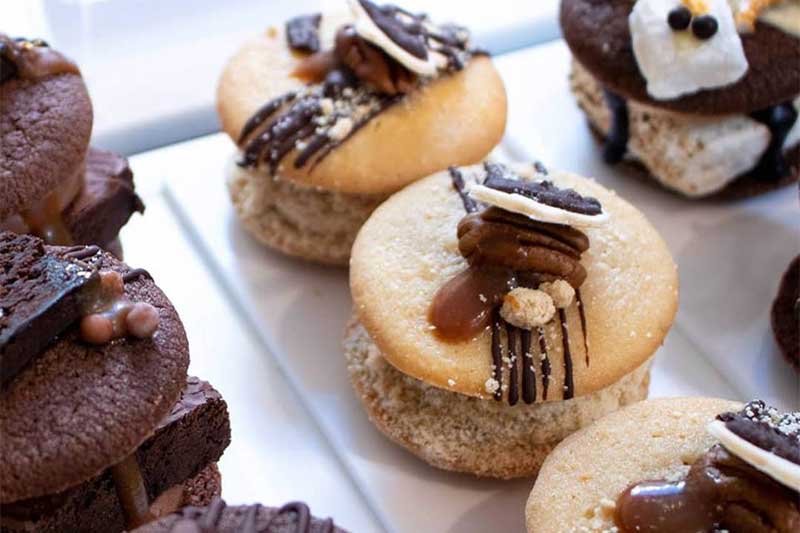 In a nutshell: Soho bakery open their first place in the City

Summing it all up: The Soho bakery sister team are bringing their amazing biskies and more to The Royal Exchange - and they'll be offering a delivery service if you have a birthday cake to order or you just need something sweet delivered to your desk.

Perfectly timed for Valentine's Day, Soho baker sisters Cutter & Squidge are launching their first place in the City. They'll be serving up all manner of artisan bakes in their new spot at The Royal Exchange from next month.

Joining the other new opening Fortnum's, Cutter & Squidge will serve up fresh bread, cakes, their own Biskies (a sandwiched dessert that is a cross between a cake and a cookie filled with lovely stuff), brownies, macarons, cake truffles, cookies and more.

Inside there'll be room to sit down with a coffee or one of their signature rainbow tea lattes and if you've got an office birthday to sort out, they'll also be doing local deliveries. Handy. Or dangerous.

It's all a bit of a completing the circle thing for co-owner Annabel Lui who used to be a City worker herself. "Now, on the fifth-year anniversary of our very first market stall, to be making a return to the City as a baker not a banker feels like a huge milestone for us. "

Where is it? 23 The Royal Exchange, Threadneedle Street, London EC3V 3LR