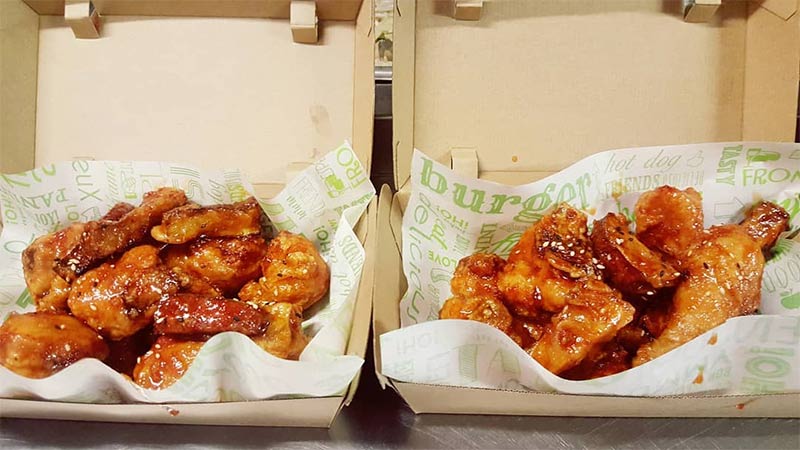 In a nutshell: Korean/Japanese grab and go

Summing it all up: The same people behind Walworth's popular Korean restaurant CheeMC are coming to The City. This time they're bringing a build-your-own Japanese/Korean lunchbox concept.

Coming to the City, there's a new option for a grab and go lunch. Unimini, will be specialising in "bespoke Korean and Japanese-inspired lunchboxes" in their Eastcheap location. You'll be able to choose either rice or noodles and then go from there to build up the box that's going to help you get through the day, adding kimchee, meat, vegetables and sashimi in as many different combos as you want.

It comes from people who already have a couple of Korean restaurants in town - CheeMC in Walworth (which Jay Rayner rather liked and that's their chicken above) and Gogo Pocha in Waterloo.

This new concept will extend our business to meet the growing demand for good takeaway options in central London. Hungry tourists and workers will be able to eat quickly and for excellent value, all while being able to construct their bento boxes in a way that is completely tailored to them.

We'll add more news about the menu as we get it.