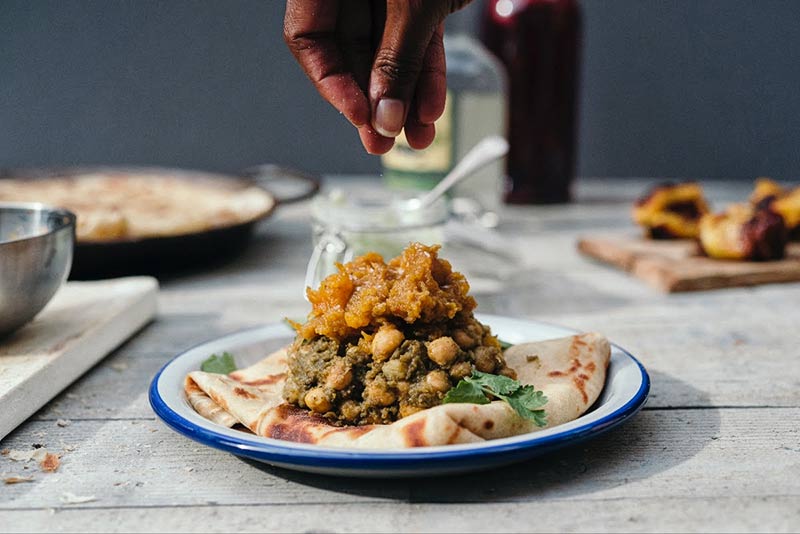 In a nutshell: Caribbean pop-ups get a long-term residency

Summing it all up: Island Social Club have been popping up around town with a number of Caribbean-led pop-ups and supperclubs. Now they're setting up shop in Haggerston with a long-term residency, bringing it all together.

Island Social Club - from Marie Mitchell and Joseph Pilgrim - have been behind a number of Caribbean food-led pop-ups recently, including Pop’s Kitchen, Rumshop, and Rotishop. But now they're about to settle down, setting up shop inside Curio Cabal in Haggerston for a long-term residency. They'll be taking over in the evenings from Tuesday to Saturday as the location becomes both a British Caribbean restaurant AND a rum bar.

In the kitchen will be Marie, expanding on their former Rotishop pop-up. They'll be featuring roti skins made in house with curries touching on all elements of Caribbean cuisine. On top of that, there will be extra dishes that have appeared at her supperclubs. Those include their own take on curry goat - which will "lighten slightly while still offering the depth and warmth of the well-known dish with heavy notes of ginger and garlic, finished with the heat and sweetness of scotch bonnets."

On the drink side, there will be the rum bar which will have echoes of the Rumshop pop-up. Punches will be a big thing and they're developing a 28-day rum punch production process to get things just perfect. On the cocktail front, there's Ma'boat Rum punch, using Joseph’s father’s secret Grenadian rum punch recipe, batched for a minimum of 28 days and there will be Jinga Beer, ISC’s homemade ginger beer - "stiffened with rum and served frothy with delicious hoppy notes".

All that, as well as an outside space in the summer as well as live music, exhibitions, discussion panels, poetry readings planned.