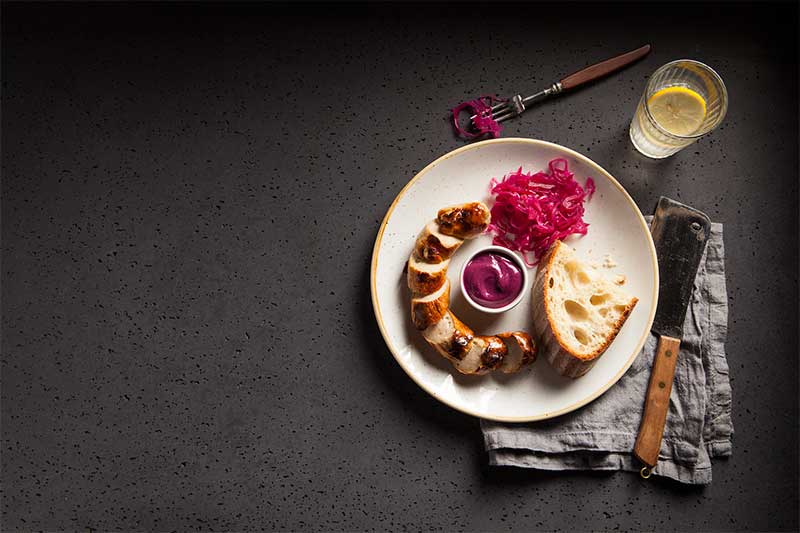 In a nutshell: Sausages in Islington

Summing it all up: A new restaurant that's specialising in just the one thing is opening in Islington. X-Upper is all about gourmet sausages and they've rustled up some impressive chefs to create them.

A new restaurant is coming to Islington's Upper Street (taking over the old spot from Jamon Jamon) and it's ALL about sausages. And the team pulling it together seem to have been quite fastidious with their research, as they apparently "walked 152km across 14 cities in Europe and trialled 513 sausages in their quest to find the best and highest quality sausages". That's a lot of sausages.

There won't be 513 varieties available in Islington, though, as they've culled all those down to six. They'll include the Olma Bratwurst, a protected Swiss bratwurst that's served with a purple mustard, pickled cabbage, and milk and honey sourdough. Other sausages include:

On top of those sausages, there are daily specials including specials Austrian Käsekrainer and a smoky Polish Kielbasa. All of the sausages will be between £8 and £12.

In charge of creating the recipes for the sausages are James Tanner, from Tanner's in Plymouth (and who you may have seen on Ready Steady Cook and Saturday Kitchen) alongside Francesco di Marzio, who was Executive Chef at The Greenhouse and also a finalist of the San Pellegrino Young Chef Competition. So those sausages should be a real cut above the norm.