Crosstown are bringing their doughnuts to Hammersmith 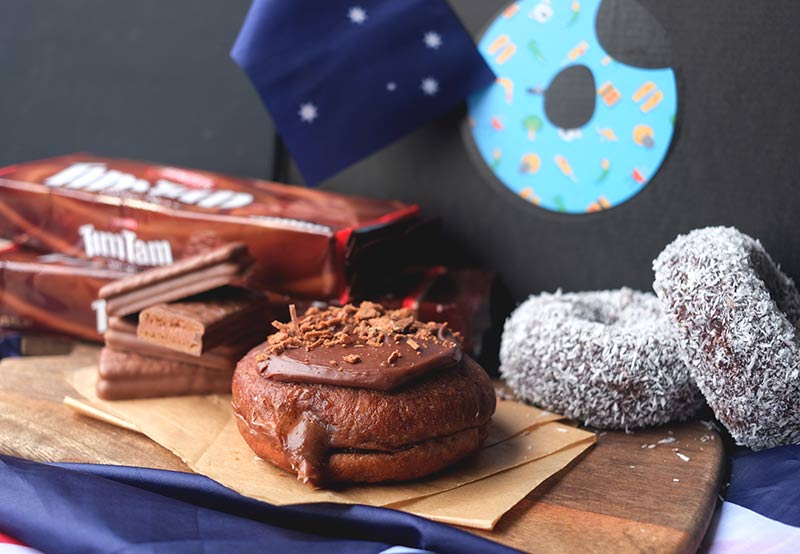 The last few years have seen Crosstown Doughnuts expanding all across London and they're getting ready to open their latest outpost. This will be their Hammersmith branch - and is also the first time they've appeared in West London. So, if you're a fan of their sourdough doughnuts and you live or work in Hammersmith, this one's for you.

But it's not just Hammersmith that's getting a dose of Crosstown love - they've a number of specials hitting all of their shops over the next month.

The Australia Day Tim Tam Doughnut and the Lamnut are first up. The Tim Tam (pictured above) is chocolate sourdough filled with a chocolate custard made from Tim Tams, topped with a Tim Tam milk chocolate ganache and crushed Tim Tam pieces. So if you love the Australian biscuit - this should do the trick. Next up is the Lamnut - that reimagines a classic lamington with Crosstown cake dough, a layer of homemade raspberry jam through the middle, dipped in dark chocolate and rolled in desiccated coconut. Both are available from 25-27 January. The Tim Tam sold out very quickly last year, so you can pre-order from the 11th Jan,

Next is the turn of New Zealand. They've teamed up with NZ chef Peter Gordon to in Feb to celebrate Waitangi Day. On sale will be the Whittaker’s Peanut Slab doughnut returns- filled with Whittaker’s Peanut Slab custard, topped with a milk & dark chocolate ganache & finished with chopped Peanut Slab pieces - and the Tamarillo & Apple flavour with Manuka honey icing and gingernut. That';s sourdough filled with tamarillo & apple compote, smothered with NZ Manuka honey icing and finished with Kiwi chef Peter Gordon’s homemade gingernut crumble. Both of those are available from 6-10 February, with pre-orders from 23 Jan. 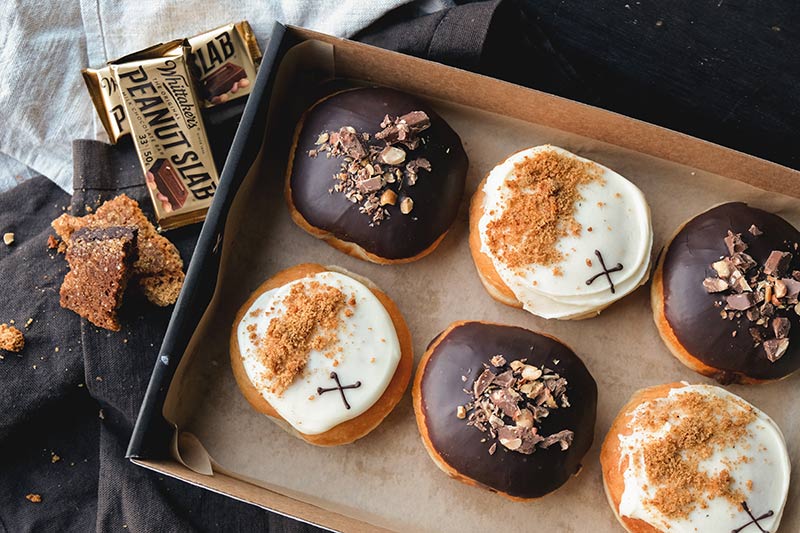 And finally, there's Chinese New Year. For that, they'll have the Pandan. That's filled with homemade coconut cream custard, then topped with pandan icing and finished with desiccated coconut. That'll be on sale from 28 Jan - 28 Feb and if you pre-order for collection, it'll come with a traditional red packet.

So yes, those are your doughnut plans for winter... 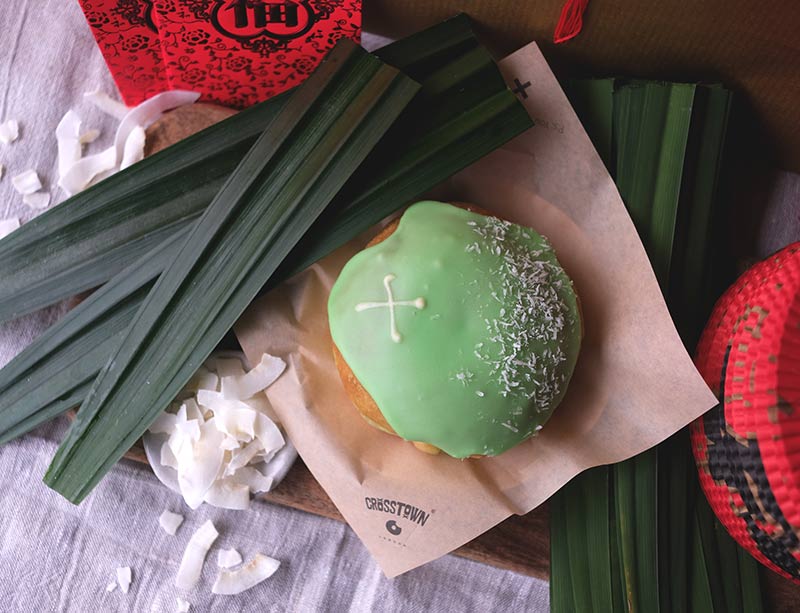 Where is it? Unit 1A, The Broadway Shopping Centre, Hammersmith Broadway, W6 9YD

Launch offer: From 14-17 January, the first 100 customers every day will get a free Raspberry Jam or vegan Coconut & Lime dough bite with every purchase.