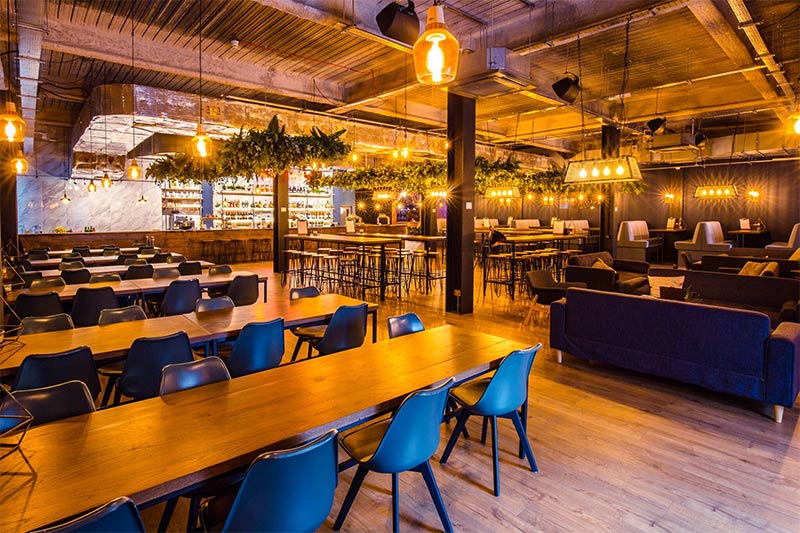 In a nutshell: A big new food court/bar for White City.

Summing it all up: The latest addition to the BBC studios redevelopment in White City, W12 studios is bringing a series of rotating kitchens and a big new bar to the area.

There's definitely something of a trend for a better class of food court in London at the moment - driven by places like Market Halls and with the arrival of an inside KERB later this year. No longer is the food court a thing to be avoided - but now it's a place where you can hang about all night. The next one to appear is W12 Studios, the latest addition to the White City redevelopment of the old BBC studios.

It's led by Rory Graham (who used to be part of the Kricket management team, who are also at White City) and they're partnering with Feast-it to bring in a rotating line-up of food and drink. There will be two kitchens in the space and they'll be regularly changing things, with confirmed people taking part including:

Plus more to be announced soon.

There will be space for 450, live music and DJ sets and - of course - plenty of booze.

When does it open? 7 February 2019 is the official opening date but Cue Point is already open and The Piadina Project opens 18 January with a giveaway of 100 free piadina from 12pm.