Emilia's is bringing their fresh pasta to Aldgate 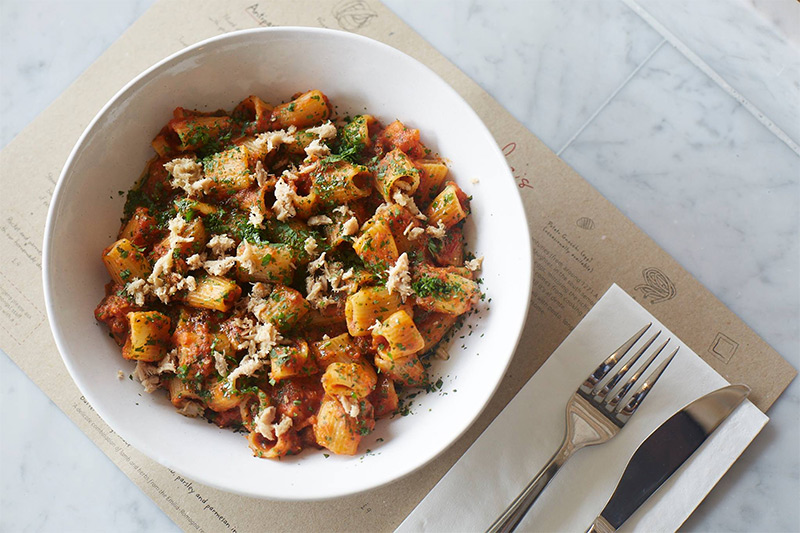 In a nutshell: Fresh pasta in Aldgate

Summing it all up: The original Emilia's Crafted Pasta in St Katharine's Docks was among the first of the new breed of simple, fresh, well-made and affordable pasta restaurants in London. Now they're expanding with a new restaurant in Aldgate. Expect a similar menu to the original and some extra specials too.

London really is becoming a city where great, fresh, affordable pasta is being made all over the city. We've had places like Lina Stores, Padella, Bancone and also Emilia's Crafted Pasta in St Katharine Docks - all of which have been hugely successful during this pasta revolution. And now the last one on that list, Emilia's, is about to get a second restaurant in Adgate (where Smaka used to be).

The original Emilia's has won many a convert, and they're hoping to keep that strong reputation in the second branch. Their owner, Andrew Macleod, had spent months learning from chefs in Italy to perfect the original menu - putting his own spin on classic dishes. You can expect a broadly similar menu at the new branch, with the focus kept to seven core pasta dishes. Those will include:

As the Aldgate restaurant has a bigger kitchen, you can expect new rotating specials alongside those. And just to show how fresh the pasta is, you'll be able to see them creating it at the pasta station from a window out to the street. Finally - when summer comes around again, there will be alfresco seating for 24 outside.