Yes, William Sitwell IS going to be the new restaurant critic of The Saturday Telegraph 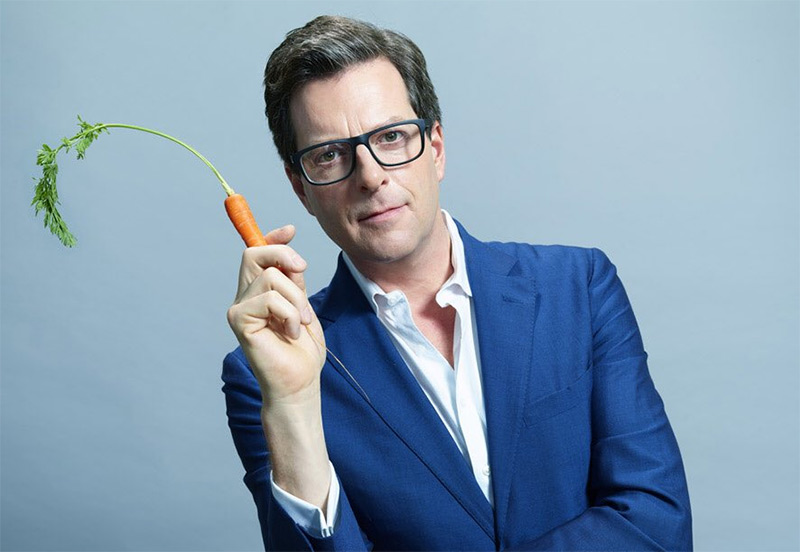 This is a turn up for the books. Just eight weeks after resigning from his position as editor of Waitrose Food Magazine, William Sitwell has landed another plum food job, as the Saturday Telegraph restaurant critic.

Sitwell attracted the ire of vegans when he responded to a freelancer's vegan article pitch with a response which included the rather unhelpful suggestion of "How about a series on killing vegans, one by one". Today he tweeted: "Very happy to be joining the @Telegraph as a restaurant critic, writer and commentator. First column starts this Saturday in the magazine." And the tweet was accompanied by a picture trolling his critics with a carrot for a pen...

Sitwell will write a weekly column for the paper's magazine as well as being an occasional contributor on food issues. He's taking over from Michael Deacon, the current Saturday critic. As for his first review, asked by fellow critic David Ellis if it was somewhere vegan, he replied, "It might be."

The Telegraph's deputy editor, Jane Bruton said she was "delighted to welcome William to The Telegraph," adding that "With a wealth of experience as a food critic, author and broadcaster, he will bring a unique voice to our existing roster of talented journalists and critics.”

It's fair to say that the news was met with a mixed response on social media:

I was thinking @waitrose had re-employed William “Kill all vegans” Sitwell to handle their PR? But it turns out today that the @dailytelegraph felt he was a good fit for them...
Like three peas in a pod.

(Meanwhile, at The Telgraph Offices)
Cub Reporter: Sir, this Vegan sausage roll thing is really blowing up. What should we do?
Chief Editor: There's only one man for this job, get me William Sitwell https://t.co/Xb081cFPPg